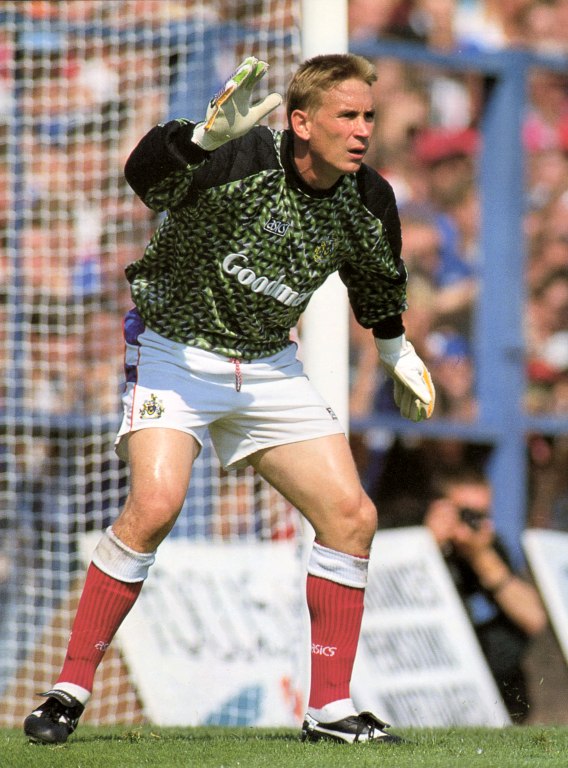 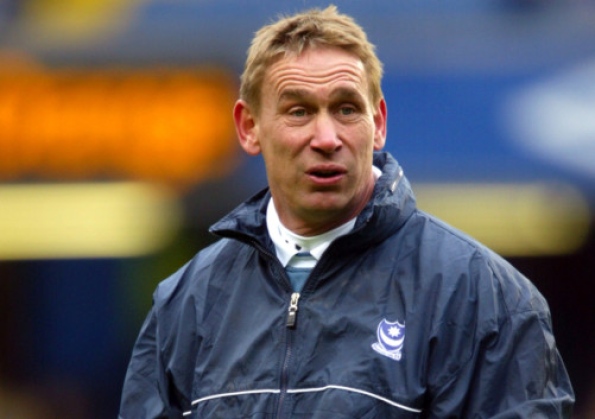 Despite reports this morning linking former Blues keeper David James with the role, caretaker boss Guy Whittingham has called on his former team-mate to step in until the end of the season after John Keeley left to take up a similar post at Blackburn Rovers.

While Knight, who has made more than 800 appearances for the club, looked an obvious candidate to fill the void, Whittingham initially suggested he was looking to make an internal appointment.

But it appears he has had a change of heart and Knight confirmed himself he had agreed to return to work with Simon Eastwood and Phil Smith.

Knight told The News: ‘I’m delighted to be coming back.

‘Everyone knows how I feel about this club and I can’t wait to get started again.

‘It’s come about in the last couple of days.

‘I spoke to Guy last night and it’s all moved very quickly.

‘But now I just can’t wait to get out there again and be a part of a football club I love.’

Alan Knight has left his job as Pompey goalkeeping coach.

Alan Knight pictured on the right with Keeper Phil Smith

The Blues legend returned to the club in January following John Keeley’s decision to join Michael Appleton at Blackburn.

Initially staying until the end of the season, he became a permanent member of the backroom team following Guy Whittingham’s appointment as manager.

However, a Pompey reshuffle has seen Knight today leave the role.

He will now take up an ambassadorial position with the Blues.

Alan Knight told of his disappointment at his keeper coach departure but promised: The club is most important.

The Pompey legend has spoken out for the first time since leaving the first-team set-up at Fratton Park this week.

Knight has been shifted to a new position as a club ambassador after returning to the coaching staff at the end of last season.

Blues boss Guy Whittingham has emphatically denied his former team-mate is being made a scapegoat for the Blues’ goalkeeping problems.

The man who made 801 appearances for his one and only professional club admitted this week’s events had dented his pride.

But Knight promised he had no issues with Whittingham or anyone else at Pompey.

And he insisted the Blues’ progress had to take precedence over any individuals.

Knight said: ‘It’s disappointing how things haven’t worked out on the goalkeeping side.

‘But I appreciate Guy bringing me back and being part of the rebirth of the club. It was a great experience.

‘We know it’s a fantastic, old club but it’s also a new club in the building. It’s a work in progress.

‘This is a results industry, though, and Guy has to make decisions – and some of them are tough ones to make.

‘We have spoken and I don’t want there to be any animosity, or people to say that.

‘I’m not going to try to demean anyone’s intelligence.

‘But I don’t want people to get negative.

‘It’s about the club – it’s not about me. Of course your pride get hurts a bit but you dust yourself down.

‘I don’t want this to be about me and people to think things are falling apart because they aren’t.

‘The club is bigger than me and is the most important thing.’

He is keen to remain at the club but feels the role has to be relevant and properly defined.

‘I’m looking forward to working on other things at the club. I love it and want to stay involved,’ said Knight.

‘The ambassadorial role could really be something.

‘I know people will think that is a misnomer and will wonder what do you do.

‘We need to define it all properly and work on what it entails. I want it to have substance.

‘I need to tie down the nuts and bolts with the chairman and Mark Catlin.

‘We are now a community club and I would like to work in the community and the club.

‘I’ve done work in the past with charities, big and small.

‘If we can help them and I can be involved, that would be good.

‘I would still like to do stuff on the scouting side and perhaps bits with Andy Awford and the Academy.

‘I want it to be a relevant role to the club and the city and surrounding area.’ 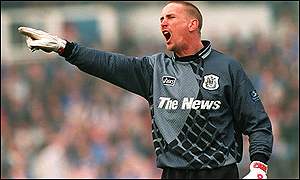 Alan Knight has given 23 years service to Pompey
Even before being handed the MBE in the New Year's honours, Alan Knight was known as The Legend at Portsmouth.

The 39-year-old goalkeeper received his award for services to football, though only one club has been benefactor in a 23-year professional career.

Back in the mid-1990s he shattered Peter Bonetti's record for most appearances by a goalkeeper for one club.

His services to football are now concentrated on developing the careers of the club's burgeoning goalkeeping talents.

But it is unlikely any will break their coach's club record.

His treasured nickname remained untarnished though and now The Legend has become one of the first Knights to receive an MBE.