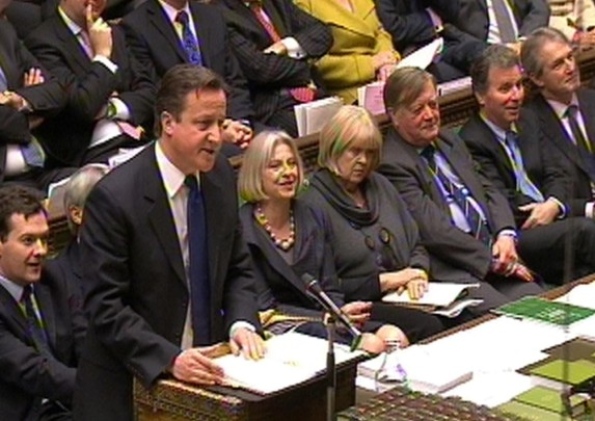 POMPEY’S fight for survival has received backing from the Prime Minister.

Pompey were last week issued with a winding-up order by Her Majesty's Revenue and Customs (HMRC) over an unpaid tax bill in the region of £1.6million, with the petition due to be heard in court on February 20.

Portsmouth's bank accounts were subsequently frozen on Monday although the club is now confident they will be reactivated in the coming days so staff wages can be paid. New owners are currently being sought and the need is for HMRC to give more time to find a solution to the financial issues.

The current situation was raised by Portsmouth North MP Penny Mordaunt during Wednesday's session of Prime Minister's Questions in the House of Commons. She urged the Prime Minister to ask HMRC to meet with Pompey officials regarding the club’s winding-up petition over the unpaid tax. David Cameron replied by saying he will do all he can to keep the club in business.

She said: ‘If a local super market closes down another quickly takes its place. If Portsmouth Football Club closes down the Pompey fans will not be content with buying their season ticket from Southampton.

‘Will the Prime Minister add his voice to mine in calling for HMRC to meet with the club so it recoups the tax it is owed that our club survives and that the fans have their chance to become its owners.’

The Prime Minister said: ‘I will certainly do that and I think she's absolutely right to raise this issue. Knowing one or two Pompey fans I can certainly understand the idea that they could go and support Southampton is completely incredible and we must do everything we can to keep this friendly rivalry going.’

There is an urgency to complete a deal with fresh backers as investment is needed if Portsmouth are to meet ongoing running costs.

The Portsmouth Supporters' Trust met with local businesses on 26 January in an attempt to form a consortium to help save the Championship club.

The club is now seeking a validation order from the court to have its bank accounts unfrozen so staff wages and suppliers can be paid.

For Portsmouth to gain that validation order they will have to convince the court that ordinary creditors will not lose out by allowing the club to keep using its bank account.