Return of George Thorne on loan and went straight into the Pompey side. You'll also notice just three substitutes today...

39mins Kitson sent off for second yellow card. Pompey down to 10 men.

84mins Rocha off Benjani on

90 mins Barnsley score on the break through Matt Done. 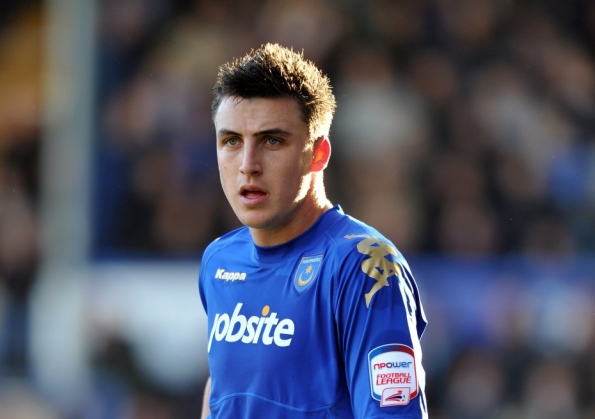 Return of George Thorne on loan

Keith Hill revealed after Barnsley's 2-0 victory over Portsmouth that he has no sympathy whatsoever for the stricken south-coast club. 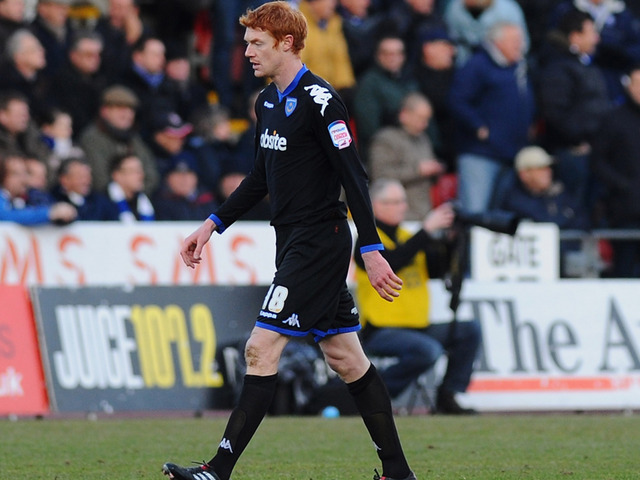 Dave Kitson - Sent off at Barnsley

Just over 24 hours after being docked 10 points for entering administration there was yet more misery for Pompey, who were beaten 2-0 at Oakwell following goals from Jim O'Brien and Matt Done in the last 15 minutes after the visitors had Dave Kitson sent off.

Newly-appointed administrator Trevor Birch was at Oakwell and witnessed at first hand the problems Portsmouth have on the field as well as the crippling debts they have been left off it, with Michael Appleton only able to name three substitutes, one of which was goalkeeper Jamie Ashdown.

The 2008 FA Cup winners face an uncertain future as Birch begins the search for a new owner, but Tykes boss Hill insists the stricken club's problems are self-inflicted.

When asked if had any sympathy for Portsmouth, Hill said: "None whatsoever, absolutely none. Because they've spent money they can't afford. They've recruited players at the beginning of the season knowing full well they were still in debt from the previous time they were still in administration.

"They've recruited players that I could not afford to recruit, and they are paying the type of wages that I could only dream about paying.

"So how can I have sympathy for any football club who is competitive against me in a league where I have got not the same rich rewards?

"They are spending money they haven't got, so why should I have sympathy. [Manager] Michael Appleton, yes, the players, yes, the supporters - but what they are doing, absolutely not whatsoever."

Hill was relieved to see his side seal the victory following Kitson's first-half dismissal for a second bookable offence.

He added: "Obviously the sending-off helped us enormously and we've taken advantage of that.

" I've managed teams where I've been down to 10 men on numerous occasions and we've won comfortably. They took advantage today, it can be a pressure situation especially from the supporters there is an expectation to take advantage, but we have done today.

"On many occasions you see 10 men winning."

Portsmouth boss Michael Appleton revealed he held talks with Birch this morning and has been assured by the administrator that he will endeavour to bring in new players if the Football League will sanction their attempts to strengthen his squad.

Appleton, who also confirmed his players turned up for training yesterday to discover the storage company had changed the padlocks on their lockers at the changing grounds due to outstanding debts, said: "I spoke to him (Birch) this morning and it was quite positive from my point of view because the first thing he said he'll be addressing first thing on Monday morning is to make sure I've got more players in the building.

"So that was really positive, I'm not sure how he's going to do that after the stance the Football League have had so far in terms of letting us bring players in.

"We have got a very, very small squad, the smallest in the league, and we've got a horrendous injury situation at the moment which isn't getting any better, so he said he will address that.

"I nearly said we get paid to play football, but we've not been paid for a while. But they're football people and they've got a sense of pride about them.

"With all these things, you can't control the uncontrollable, what we can do is try and control what goes on out there.

"Obviously we didn't control it in terms of keeping 11 men on the field, which is the first thing to address, but somewhere along the line, for us to be competitive, we need more players in the building and hopefully someone at the Football League will come to a little bit of common sense and enable us to do that."

Match preview from the News

Pompey boss Michael Appleton is down to the bare bones for this weekend’s trip to Barnsley – a crucial clash in his side’s quest for Championship survival. 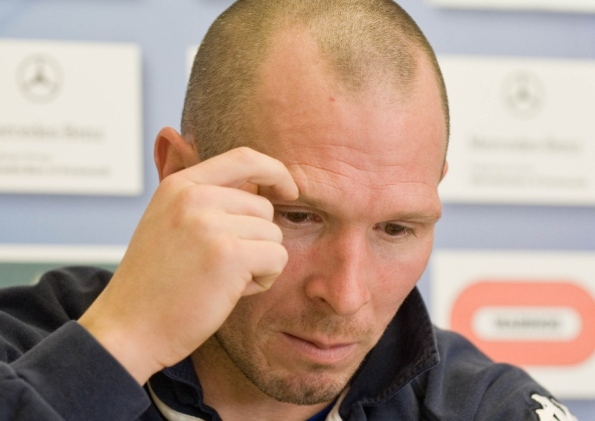 The Blues have the smallest squad in the Football League, and injuries to key players isn’t helping their cause.

With David Norris and Luke Varney already ruled out of Saturday’s encounter at Oakwell, Greg Halford and Liam Lawrence are also doubtful after picking up knocks against Ipswich on Tuesday night.

That leaves Appleton with just 14 fit first-team players to choose from as his team looks to bounce back from the 1-0 defeat to the Tractor Boys.

So, can Pompey overcome the odds and grab a precious three points in Yorkshire?

How can Appleton plug the gaps in his line-up without the likes of Halford and Lawrence to call upon?

Which formation will give the Blues the best chance of success?

And with Pompey almost certain to be docked 10 points for entering administration, is this the start of a relegation dogfight for Appleton and his men? 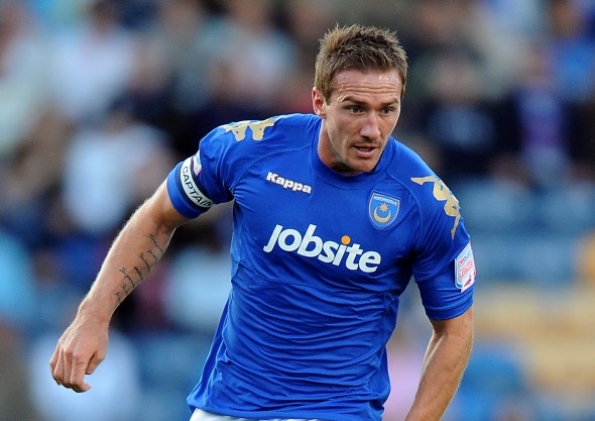 Pompey face an injury crisis for Saturday’s trip to Barnsley, with eight first-teamers struggling to make the clash.

Kelvin Etuhu (hamstring), Liam Lawrence (calf), David Norris (recovering from a hernia operation) and Luke Varney (knee) are all out.

Meanwhile, Greg Halford (knee), Ricardo Rocha (calf) and Joel Ward (hip flexor) are all rated as 50/50, with Tal Ben Haim needing injections on a knock to make the game.

Pompey boss Michael Appleton today revealed in his weekly press conference that the club could not afford to send Lawrence for a scan to discover the extent of his injury.

Their financial crsis has also meant they will be travelling to Barnsley by coach instead of flying, and that training ground staff could not access their pitch equipment after the storage company changed the locks.

The mass of injuries will prove a massive blow to Pompey’s already-threadbare squad, which currently stands at just 18 players.

That has led to the club going to the Football League this afternoon to request if they can make emergency loans to help boost numbers.