No surprise to see young talents outgunned by Whites 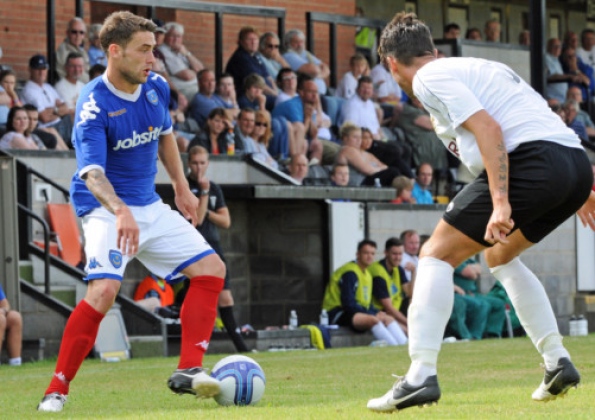 By Guy Whittingham's own admission, they lack football knowledge.

No surprise there – given the youthful make-up of Pompey's development squad following the return at Salisbury City.

That doesn't change the fact the same players who fell to a 2-1 loss to Blue Square Bet South opposition could be called upon at Plymouth Argyle in the Capital One Cup Tuesday.

Things were becoming a little clearer on that front for Michael Appleton this afternoon.

What is evident – and always has been to the staff at Fratton Park – is the vast majority of these youngsters are a way off being ready to be called upon week-in, week-out in League One this season.

The clue is in the name of the group of players Whittingham oversaw at the Raymond McEnhill Stadium on Saturday.

It's all about the football education of these teenagers.

They took another step along that path against a powerful and physical Salisbury outfit.

Topped up with a quartet of triallists, the Blues struggled to contend with their rivals' rugged and high-tempo approach for much of the game.

Salisbury came out quickly and soon had the visitors on the back foot.

Defender Jerel Ifil added some experience at the heart of the rearguard but his fellow triallist, keeper Jordan Santiago, almost played a part in putting the home side in front when flapping at a cross 25 minutes in.

Ryan Brett poked wide of the unguarded net, though.

Stuart Sinclair did deliver the breakthrough five minutes before the break with a peach of a curling 25-yard effort.

That was after Pompey's stand-out performer, wideman Jack Compton, had his first-time effort saved by Willem Puddy from George Colson's cross.

The second half brought a slowing of pace to proceedings as the Pompey youngsters were tested by performing in the heat and Salisbury rang the changes.

Compton looks set to earn himself a Pompey contract and took another step towards that when his cross was handled by sub Robbie Matthews with nine minutes left.

The former trainee then dispatched the spot-kick.

There was almost time for Andy Higgins to salvage a draw.

But it wasn't to be, as his drive cannoned back off the post two minutes later.

Now it remains to be seen whether these youngsters have a sterner test in their sights at Home Park on Tuesday.