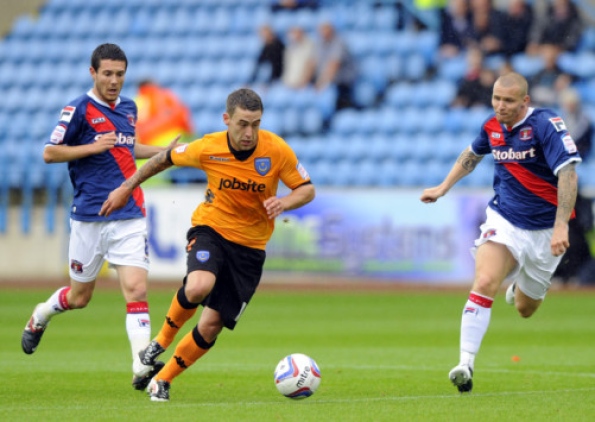 Pompey suffered their first league defeat of the season after going down 4-2 at Carlisle today.

Michael Appleton’s men were left to rue poor marking as the hosts went two goals ahead through Jake Jervis (13) and Danny Livesey (47) headers.

The match looked all over when Kevin Long was sent off for two yellow cards late on.

But in a frantic finish, the Blues reduced the deficit when substitute Ashley Harris nodded home from Liam Walker’s corner on 88 minutes. 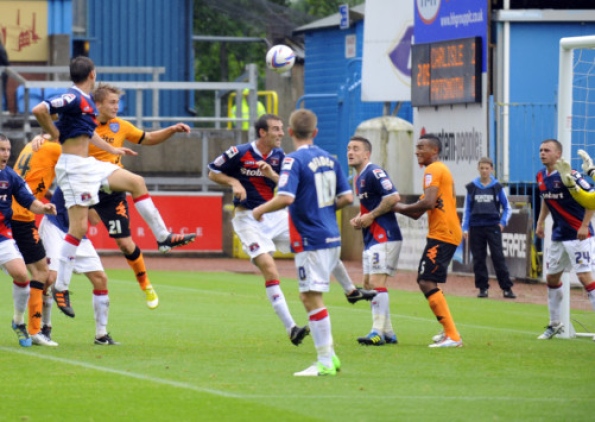 Carlisle looked to have it wrapped up as James Berrett made it 3-1, only for Conor Clifford to give Pompey a lifeline in injury-time.

But as the visitors piled men forward, the Cumbrians sealed all three points with seconds left when Paddy Madden picked up a rebound to slot home.

It leaves Pompey on two points from their opening three matches, with the 10-point deduction expected to come once they are out of administration.

Match Preview from the Pompey Pages

Pompey face this season’s longest trip as they travel 350 miles north to face Carlisle at Brunton Park. Pompey will be looking to build on Tuesday night’s point away at Colchester, while the Cumbrian outfit will be looking to recover after being beaten by three goals at home to Tranmere. 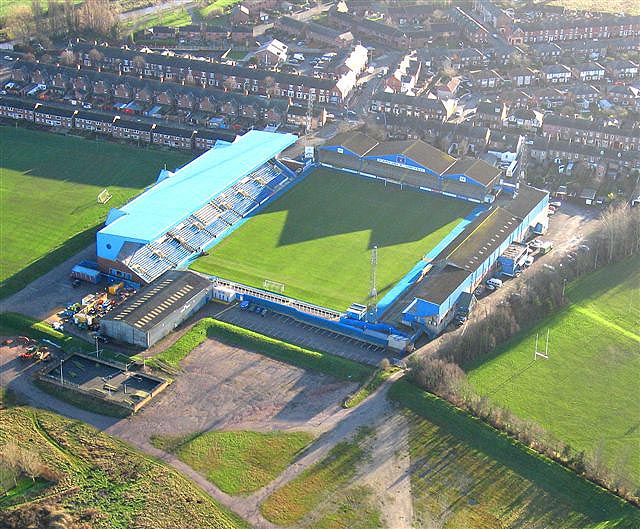 Pompey will be without Lee Williamson, who injured a hamstring against Colchester. He is considered 50-50 but boss Michael Appleton will not risk a player he regards as influential for this season’s sucess.

Other than Williamson, Pompey are injury free. Jordan Obita is likely to come into the side in place of the former Sheffield Utd player, with the impressive Liam Walker expected to play a central midfield role.

Carlisle boss Greg Abbott this week said he was ‘staggered’ by Pompey’s ability to sign 10-12 players after having ‘no money’ so Michael Appleton will perhaps give him a touchline insight into his budget constraints, after pleading with local businesses to provide funds for additions to his squad.

Carlisle will welcome new loan signing Jake Jervis into the squad, after the striker joined on loan from Birmingham.

Lee Miller is expected to be out for another 2-3 weeks with an ankle injury sustained on the opening day.

Pompey have faced Carlisle 33 times, and been victorious on the majority of meetings with 14 victories.

Pompey have won the last four fixtures between the sides, dating back to 1985.

The last league fixture at Brunton Park ended in a 1-0 Pompey victory, while the most recent fixture in these parts was a 3-1 Carling Cup victory for the South Coast side. Aruna Dindane, Danny Webber and Anthony Vanden Borre scored after Ian Harte had given the hosts the lead from the penalty spot.

Michael Appleton takes Pompey to Carlisle this weekend still not knowing who - if anyone - will be running the club in the near future.

But whoever it is, you get the feeling the manager will simply get on with the job of grinding out results for the Blues with whatever resources he is given by the party that wins the race to become the new owners.

Appleton has guided Pompey to two League One draws so far and goes into battle on Saturday afternoon against a Carlisle side who have picked up just a point from their first two games.

Appleton said he would have no qualms about working with Portpin should they return - despite his comments about changes to his agreed budget - but nor would he surprised if the PST bid moved forward after being resubmitted on Friday.

‘I work every day with those players on the training field, say everything I think and am straight with people. If it upsets people and they don’t like it, I genuinely don’t mean to do that – but if people want to come in and want their own people then so be it.

‘Michael Appleton moves on and does his own thing. I can’t control that. All I can control is a group of players and a group of staff who work their socks off and hopefully the fans appreciate it. I cannot control it if someone wants to come in and take my job away from me.

‘I know I can look at myself in the mirror every single night knowing I am doing my job to the best of my ability.’

At Carlisle, Appleton looks like being without midfielder Lee Williamson as he recovers from a hamstring problem. The back five and front two pretty much pick themselves after the first two games while Brian Howard will continue in midfield.

Liam Walker is most likely to replace Williamson alongside Howard at Brunton Park while Jordan Obita, Conor Clifford, Jack Compton and Kieran Djilali vying for the wide positions.