(Crawley reduced to 9 men after 71 mins)

Hungarian defender Gabor Gyepes came in for his Pompey debut. Gyepes playing at CB, with Josh Thompson at RB 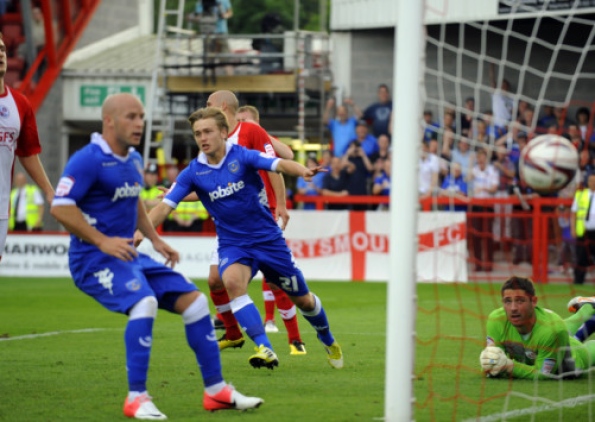 PHOTO: Ashley Harris scores Pompey's opener with a header, just 5 minutes after coming on as a substitute

Ashley Harris was the hero as Pompey secured a morale-boosting 3-0 win over nine-man Crawley at the Broadfield Stadium.

Substitute Harris scored one and made one, with Luke Rodgers and Izale McLeod also on the mark.

It was a hard-fought Pompey success and for a long time never looked likely.

Michael Appleton’s men huffed and puffed in the first half, creating very little.

But once Crawley midfielders Josh Simpson and Hope Akpan had been sent off, it was one-way traffic.

Harris powered home a Webster cross on 74 minutes with a downward header.

Rodgers then fired home a fine free-kick for 2-0 on 83 minutes.

McLeod settled the contest two minutes later, after Harris played him through.

The striker rounded the Crawley keeper and slotted home to seal a cracking win.

Video of the Goals

Pompey fired three goals past nine-man Crawley to finally register their first League One victory of the season.

Midfielders Josh Simpson and Hope Akpan were both dismissed for second bookable offences either side of the interval.

But there were little more than 15 minutes remaining when substitute Ashley Harris converted Adam Webster’s cross to open the scoring.

That opened the floodgates and Luke Rodgers scored a fine free-kick, before Izale McLeod added a smartly-taken third.

Michael Appleton made three changes from the side that beat Bournemouth on penalties in the Johnstone’s Paint Trophy on Tuesday night.

Gabor Gyepes made his debut in the Blues back-line, while there were also starts for Jack Compton and Lee Williamson in midfield.

Rodgers had the ball in the back of the net with just four minutes on the clock, but he was flagged offside before he had even shot.

The striker then saw his shot deflected narrowly wide after being found in space by Compton.

Both sides were guilty of losing possession far too easily, although Crawley did enjoy a spell of possession in and around the Blues box midway through the half.

There first shot did not arrive until 19 minutes, however, when right-back David Hunt sent a shot high over the crossbar.

At the other end Kyle McFadzean did well to cut out Jon Harley’s low cross and deny McLeod a simple finish.

But it was Crawley’s Akpan who went closes to breaking the deadlock on 25 minutes with a cleanly-struck volley that fizzed inches past the post.

He moved to his natural central-defensive position on 41 minutes, though, when Gyepes limped off injured and was replaced by Webster.

The main talking point of the opening 45 minutes arrived just before the interval.

Reds midfielder Simpson had already been booked for fouling McLeod when he brought down the striker again and was dismissed by referee Darren Deadman.

Pompey almost made their numerical advantage count straight after the restart. Mat Sadler was booked for tripping Williamson and Compton’s 20-yard free-kick was tipped over by Paul Jones.

Crawley were not content to just sit back and soak up the pressure, however, and Mikkel Andersen had to deal with some dangerous balls into the box from Nicky Adams.

The Blues were struggling to string enough passes together to trouble their hosts, but created a good move on 67 minutes.

Howard’s accurate cross from deep was cut-back by Jon Harley, but Rodgers was out-muscled for the ball by the Crawley defence.

Appleton freshened things up moments later, with Harris coming off the bench to replace Compton on the left.

And the forward was celebrating opening the scoring just seconds later.

There was more drama before that, though, as Akpan brought down McLeod down the right and was shown his second booking by Deadman to reduce Crawley to nine men.

Pompey immediately took advantage with their two talented teenagers combining, as Webster swung in a cross from the right that  HARRIS expertly guided into the net with a deft header. 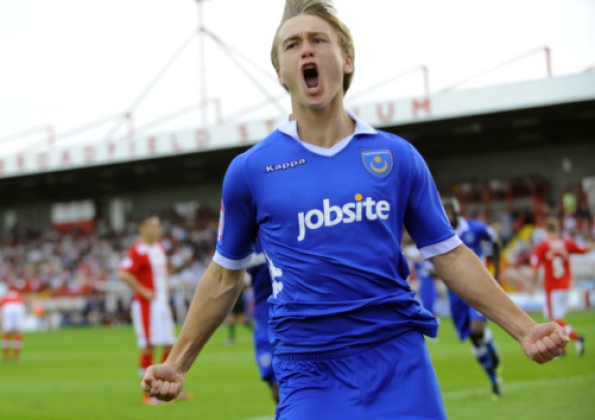 Crawley still tried to find an equaliser, but the Blues made sure of the victory with some sharp finishing near the end.

First RODGERS curled a delightful free-kick over the wall and into the net after Cooper had been booked for a foul on the edge of the box. 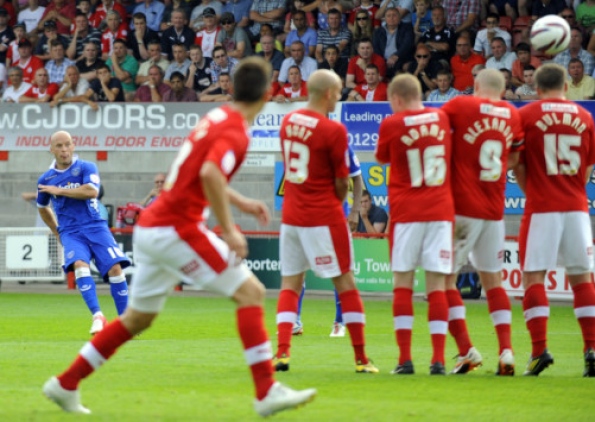 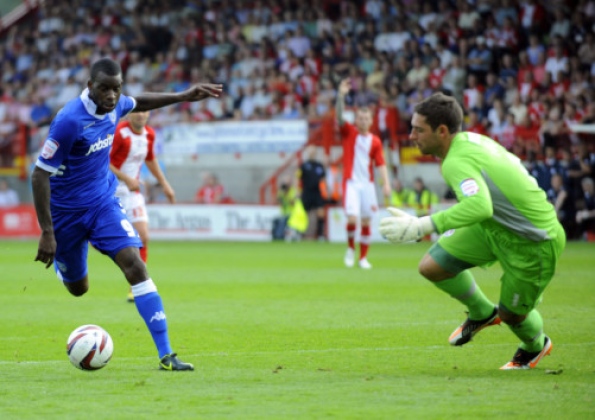 There was still time for a miserable day for the hosts to get even worse, though, as manager Richie Barker’s complaining saw him sent to the stands.

VIEWS FROM THE TRAINING GROUND

"Four years ago there were four divisions between us and now we are 15 places above them in the league, which is great.

"There will be a lot of players playing for their futures in terms of [winning] short-term contracts. There may even be a couple of players who don't know whether they're going to be there next week. With the game being live on TV, one or two of them may see it as a chance to get into the shop window.

Pompey head to the Broadfield Stadium this Sunday to face Crawley, and will be hoping to register their first maximum of the league campaign. This is the Blues second Sky televised game of the week following Tuesday’s home victory over Bournemouth in the Johnstone’s paint trophy.

Pompey will be without Jordan Obita who serves the second of a three game suspension, after Pompey decided not to appeal his red card earned in the home defeat to Oldham.

Pompey will be without the impressive Mustapha Dumbuya and young Conor Clifford, who are away on international duty with Sierra Leone and the Republic of Ireland respectively. Friday signing Gabor Gyepes is expected to go straight into the side with Michael Appleton struggling for options.

Lee Williamson could earn a starting berth after appearing as a substitute in the Bournemouth game on Tuesday night.

Crawley boss Richie Barker will welcome Hope Akpan, Kyle McFadzean, Nicky Ajose and Gary Alexander back into their starting line-up after the four were rested midweek.

This fixture is expected to come too soon for defender Claude Davis and midfielder Sergio Torres who are the only absentees expected for the Reds.

Sunday will be the first ever meeting between these two sides. Pompey head to the 5,996 capacity Broadfield stadium this weekend before welcoming Crawley to Fratton Park later in the season.

Pompey sit 21st in the league one table, occupying the final relegation place on two points, however will be keen to start picking up points as they still have a 10 point deduction to come should Trevor Birch fail to overturn the sanction imposed by the football league.

Crawley have started the season well and are fourth placed in the league after three wins and one defeat so far.