Just the one change for Pompey - Obita misses out for Rodgers

Pompey’s poor run of form continued as they were comprehensively beaten at Notts County.

Yoann Arquin twice took advantage of sloppy Blues defending to net a goal in each half, while sandwiched in between was a quality strike from Alan Judge.

At the other end, Pompey showed plenty of endeavour without ever really testing County keeper Bartosz Bialkowski.

Michael Appleton made one change from the side that were beaten at home by Swindon during the week.

Jordan Obita dropped to the bench to make way for former Magpie Luke Rodgers, with Izale McLeod moving out to the right.

The Blues were put under the cosh almost straight from kick-off, with Notts County set-pieces causing plenty of problems.

It was from a corner that that hosts took the lead after just five minutes as both Mikkel Andersen and Gabor Gyepes both left the ball, leaving Arquin with a simple finish.

Andersen then nervously punched clear a free-kick moments later, before a corner was turned over the bar by Jeff Hughes.

The Magpies’ attacking players were constantly roaming around and Hughes just failed to latch onto Alan Judge’s long pass as Pompey continued to look ragged.

The Blues had their first opportunity on 21 minutes when Brian Howard was felled 25 yards out, by Lee Williamson’s effort was deflected behind.

A lovely passing move from Williamson and Rodgers presented another opening, but County were resolute at the back and cleared the danger.

McLeod then had a shot brilliantly blocked and Rodgers’ follow-up attempt was deflected behind for a corner. But it was only a brief reprieve for the Blues, who survived two more dangerous balls crossed into their box.

Andersen then made a decent save with his feet after Judge had burst forward and sent a low drive towards goal.

But Howard was not too far away from levelling just before the break with a low strike that flashed inches past the post.

Pompey would have wanted to keep things tight at the start of the second half – but instead they found themselves two goals behind.

It was not down to poor defending like the first, however, as Judge smashed home an unstoppable shot from 20 yards.

The Blues came close to reducing the deficit moments later, but Bialkowski just beat Rodgers to a long ball forward.

And poor defending then continued to haunt Pompey as they failed to make a routine clearance, allowing Judge to pick out Arquin for another easy finish.

Joss Labadie threatened to increase the visitors’ woe on 63 minutes, but his shot from distance flew narrowly wide.

Pompey refused to throw in the towel, although their effort was unfortunately failing to result in any chances.

Jack Compton sent in a dangerous low cross that was well claimed by Bialkowski, but the keeper was still a virtual spectator.

It was job done for the hosts, who comfortably saw out the final few minutes to condemn the Blues to a third successive defeat.

Pompey’s League One campaign hit a low as they crashed 3-0 at Notts County today.

Michael Appleton’s side were soundly beaten by a display full of confidence and attacking verve from the home side.

That made it three defeats on the bounce and one win in eight in League Two for the Blues.

Pompey fell behind to a soft goal after five minutes, as Yoann Arquin easily got between Gabor Gyepes and Mikkel Andersen to tap home from a corner.

It got worse two minutes after the restart as Alan Judge, who tormented Pompey all afternoon, smashed in a peach of a strike from 30 yards.

Notts County wrapped it up after 57 minutes with the visitors’ defending all over the place.

Brian Howard couldn’t control Izale McLeod’s clearance and Judge rolled the ball to Arquin, who made no mistake for his second of the afternoon.

Pompey created little with Jack Compton shanking a shot wide after a decent run eight minutes before the break.

Izale McLeod, Luke Rodgers and Howard had half chances, but there was little carved out of real note.

I just HAVE to post some of the News Live comments..

1) GOAL Notts County 1-0 Pompey. County have the breakthrough. All so easy. Arquin muscles off Gyepes and rolls the ball in from a few yards. Gyepes seemed to be held off far too easily and should have done better.

3) Pompey Shaky at the back . County look like they're enjoying themselves.

5) Second Half No changes for Pompey. 46 mins Goal Notts County 2 Pompey 0 Judge smashes it in from 30 yards. Action replay of Tuesday night this Pompey poor.

SO MUCH FOR APPLETON'S QUOTES....OUR SEASON STARTS NOW ....and OUR STRONG DEFENCE!!

Pompey head to Meadow Lane on the back of two home defeats, to face third placed Notts County. Michael Appleton will come up against Keith Curle looking for three points to kick start Pompey’s stuttering league one campaign. 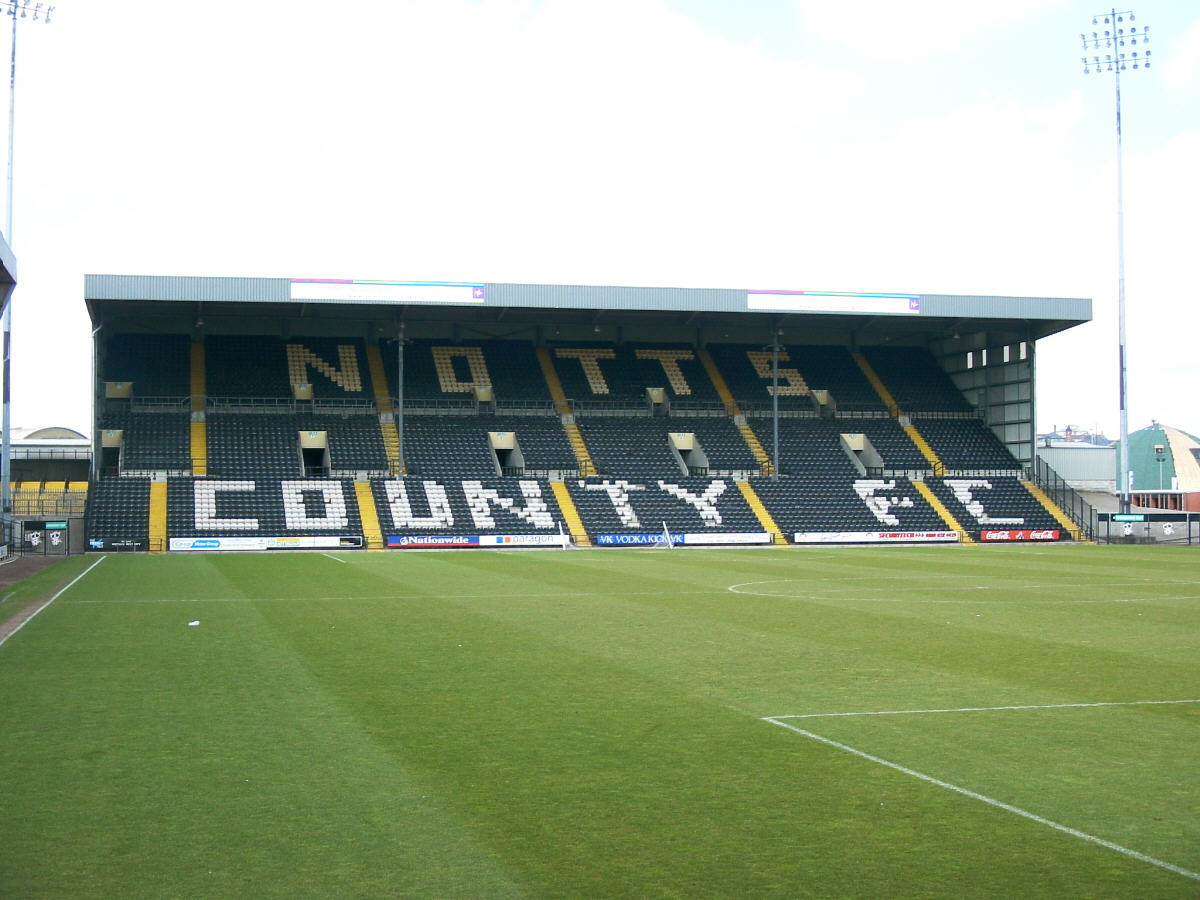 Pompey are likely to again be without Kevin Long as the defender continues to be absent with a back injury. Gabor Gyepes and Lubomir Michalik are both expected to play in central defence after impressing against Swindon.

Pompey may look to recall former County striker Luke Rodgers after the striker was dropped to the bench to accomodate a 4-2-3-1 formation in the defeat to Swindon.

County will be without Andre Boucard after his suspension for a red card was upheld.

Left back Alan Sheehan is expected to be available for selection after a hamstring injury kept him sidelined.

Pompey are likely to be facing former Southampton stopper Bartosz Bialkowski who made the move from St Mary’s during the summer, no doubt the travelling faithfull will give the Polish keeper a torrid afternoon.

Pompey and County have met 23 times in all competitions, with Pompey holding the upper hand having collected 9 victories.

The Blues did the league double over County in 1994 and have won two of their last three visits to Meadow Lane.

Notts County sit third place in the league one table with 14 points from seven games, while Pompey sit 19th on 5 points.

TEAM NEWS (from the BBC)

Notts County will be without midfielder Andre Boucaud who is suspended after the club failed to win an appeal against his red card against Oldham.

Left-back Alan Sheehan is nearing fitness after a hamstring injury.

VIEWS FROM THE TRAINING GROUND:

"Playing away from home does not have the same pressure as playing at Fratton Park.

"Notts County are flying high at the top of the table, they play on a big pitch, play 4-3-3, and get the ball forward early. We are well aware of their strengths and weaknesses.

"We will go there and be prepared and hopefully re-produce the performance we put in during the last 20 minutes against Swindon.

"The pitch is nice and big and that suits us. It gives us room to get at the opposition. It would be nice to get a win, we can't control what is happening off the pitch, and I don't think we are too far off a win."