Football League do not approve Portpin bid for Pompey 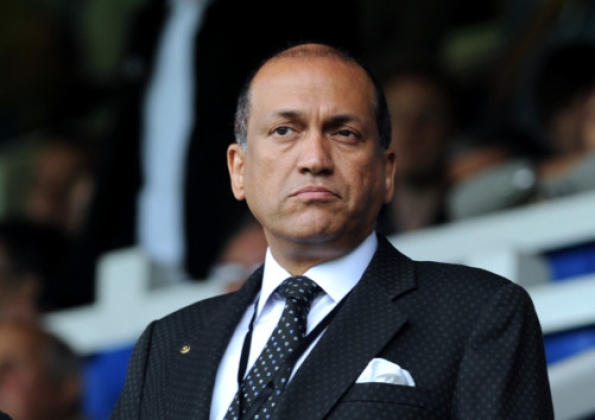 THE Football League has failed to approve Balram Chainrai’s bid to take over at Pompey.

According to reports, at its meeting on Thursday, the league’s board expressed serious doubts about Portpin, the company behind the bid.

This could leave the way open for the Pompey Supporters’ Trust to step into pole position.

Administrators PKF are expected to resume talks with the PST next week.

That could see the trust’s bid presented to the Football League by PKF as the preferred bidder.

‘Our fully-funded and credible bid has been on the table for several weeks now.

‘If these media reports are true, and we have no reason to believe they aren’t, we’ll be continuing our ongoing dialogue with PKF and we expect the situation to be clarified officially early next week.’

The news has received a mixed reaction from Pompey fans.

Some took to social networks after hearing the news last night.

And Alex Read cheered: ‘We’ve got our club back.’

But some were more cautious. Also on Twitter, fan @CrossvaderDJ said: ‘As pleased as I am about The Guardian’s article on Pompey, no way is this anywhere near the end. We all know Chanrai will fight.’

And Emily Smith said: ‘Not going to get too excited as I am sure Chainrai will come back fighting but it is still a massive step in the right direction.’

Martin Sloan added: ‘It’s nice to have some positive news but it seems there’s still some way to go before we can celebrate in true Pompey style.’

According to the report in The Guardian, the league is understood to be examining whether, after former owner Vladimir Antonov’s arrest and the collapse of his Portsmouth ownership, Chainrai in effect controlled affairs at the club.

If Chainrai were, in practice, in executive control of Portsmouth at that time, the league is concerned that this could amount to his having been acting as a ‘shadow director’.

If that were the case, he would be barred from taking on the club again under the ‘fit and proper’ regulations.

A spokesman for Chainrai ‘categorically denies’ he exercised any level of control over Portsmouth during the period of the second administration.

But even though, seemingly, Chainrai’s bid is gone, the trust faces significant challenges.

According to reports, it has had Fratton Park valued at between £1.6m and £2.75m.

That is some way short of the £17m Chainrai is owed for loans he put into Portsmouth when he first became involved in 2009.

If Chainrai rejected the trust’s bid, the administrator could go to court to have it deemed a ‘fair offer’, although that would be costly.

The Football League has, so far, not released a statement about its meeting and will not discuss its outcome.

Reports of the decision surfaced after Portsmoouth South MP Mike Hancock called on the Football League to look into claims made on an internet site about the ownership saga surrounding Portsmouth Football Club.

It took Mike Hall three years to piece together his self-penned blog piece.

The blog has caused a stir online among Pompey fans, many of whom have urged the Football League to investigate. The News is unable to run the claims on legal advice.

Mr Hall, from Gosport, said: ‘‘It took me six to seven months to try and work out what was going on and taken me the rest of the time to talk to sources and gain information from around the world.

‘There’s a lot of people who have put the picture together over the years.’

Mr Hancock has previously spoken out in favour of Portsmouth Supporters Trust taking over the club, and said he would be ‘disappointed’ if Balram Chainrai was given the opportunity to return.

He said: ‘He’s had his chance not once but twice.

‘ In my opinion he hasn’t shown a commitment to Pompey that he led to people believing he had.

‘It would be a big disappointment and a let-down as the mess the club is in today is, I believe, because of the way he led his affairs at Fratton Park. I think he could have done more to save the club.

‘An inquiry is long overdue and they owe it to the supporters.’