Michael Appleton denies he has held talks with Bolton 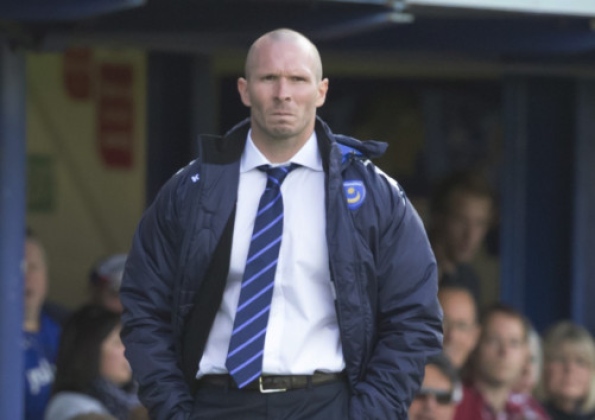 Michael Appleton has denied he has held talks with Bolton.

And the Blues boss has also shrugged off links with the Burnley hot-seat left vacant following Eddie Howe’s departure.

That was enough to lift them into 12th spot in League One to take their recent run to 10 points out of a possible 12.

And afterwards Appleton insisted he had not been in talks over leaving Fratton Park.

He said: ‘I have not spoken to anyone from Bolton and I haven’t talked to Burnley, either.

‘It is nice to be linked because it means you are doing something right.

‘Today I thought we started really well and in the second half were comfortable.

‘Crewe had a lot of possession, which we had expected they would do, but they didn’t trouble our keeper whatsoever.

‘You can see the improvement and we keep moving forwards.’