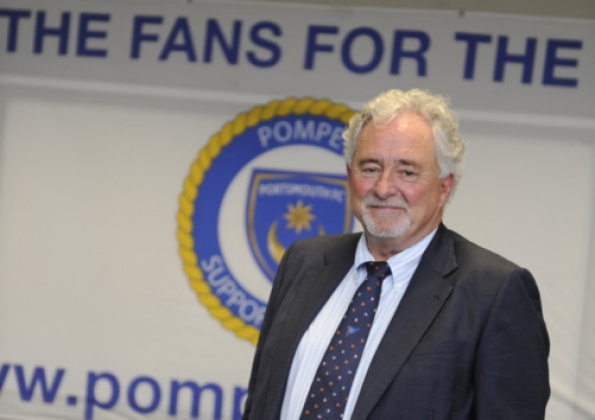 POMPEY Supporters’ Trust says being named preferred bidders is a ‘pivotal moment’ in the club’s history.

The trust was today confirmed as preferred bidders to take over at Fratton Park by administrators PKF.

In a statement, the trust says its aim throughout the process was to create ‘Britain’s largest community club to allow the fans to take control of the club’s destiny’.

Iain McInnes, the proposed Pompey chairman under the trust’s bid, said: ‘We are energised that our bid, by the fans and for the fans, has been preferred by the club’s administrators.

‘Although there remains a huge amount of work to be done to ensure the right outcome for the club, we are confident we will succeed.

‘We believe our bid is realistic and credible, which is a view shared by the administrator. ‘We will be working closely with Trevor Birch and his team in the coming days and weeks to ensure our bid will meet all legal and financial requirements.’

Trust chairman Ashley Brown said: ‘This is a pivotal moment in the history of Portsmouth Football Club, but also to the wider footballing world.

‘I’d like to take this opportunity to thank the fans for their continued support of the bid and of the club throughout this process, and for believing in what a true community club can offer.

‘Pompey has long been renowned as a pioneering club and this decision keeps that tradition alive. While we look to support this off the pitch, we encouraging fans to “Pack the Park” this weekend and show Michael Appleton and his players the support they so rightly deserve on the pitch.

‘There is a lot of work to be done, but the PST’s ethos is clear: run the club both transparently and honestly, with the fans at the heart of Portsmouth FC. The PST believes this new club model is the future of sustainable football ownership in The Football League.’