SOS Pompey: 'Now In charge of our own destiny' 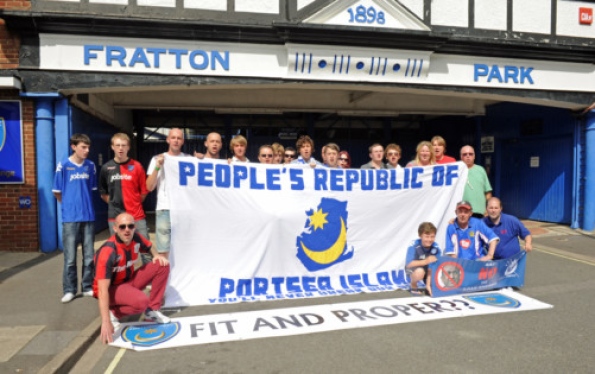 TODAY is Pompey’s independence day – that’s the defiant message from SOS Pompey after fans aiming to take over the club were named as preferred bidders.

In a statement, SOS Pompey said: ‘What started as a protest organised by SOS Pompey in January 2010 has become the catalyst for a revolution.

‘The fantastic work conducted by everyone connected to the Pompey Supporters Trust has changed the face of modern football.

‘The fans have come together to pledge their support, not just with their hearts and minds, but with their hard earned savings, to back what will be the largest fan buyout this country has ever seen.

‘We now have the opportunity to show every other club that community ownership is possible.

‘Fans across the country will point towards Fratton Park and say “we can do that”.

‘Portsmouth FC has always been the heartbeat of our city, and today is a great day for both the club and city, and together we have shown that we can overcome the odds and that we will take our famous club forward.

‘However, today, Pompey fans can rejoice in the knowledge, that whatever the future holds we are now in charge of our own destiny.