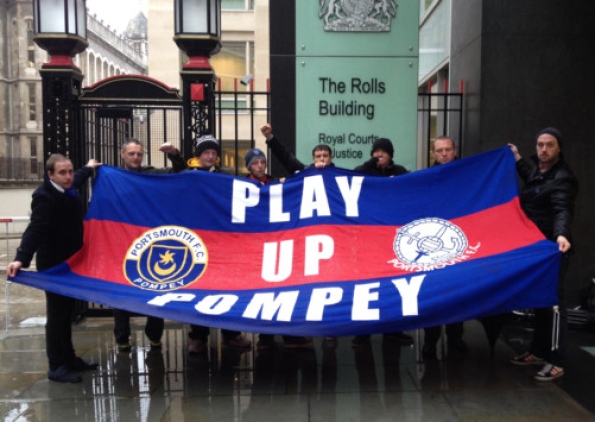 The High Court case crucial to Pompey’s future was this afternoon adjourned until next month.

Mr Justice Sales, sitting in the High Court, put the hearing back until January 15 2013 after an application by administrators PKF, who said there were issues still be resolved..

It means the case could come to court at any time over the next 28 days.

But if no resolution is found between PKF and Portpin, the case will be heard on January 15 next year.The judge’s decision was well received by the Pompey Supporters Trust. Trust officials said the worst case scenario would a new administrator appointed by former owner Balram Chainrai’s company Portpin, which the judge was asked to agree to today. That, they said, would be back to square one.

The judge very disparaging in court towards Portpin’s wish to install its own administrator and keep funding club until end of season.

Outside of the court, Trust spokesman Colin Farmery said; ‘It buys us a bit of time. Long road to get this far, extra day or month to get right result it’s well spent’