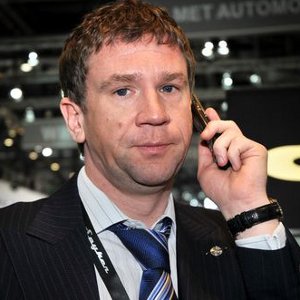 The Russian former owner of Pompey was the primary mover in a ‘colossus fraud’ worth over £400m which forced the bank he controlled to be nationalised, a court has heard.

Vladimir Antonov, 37, and his Lithuanian business partner Raimondas Baranauskas, 55, are fighting extradition to Lithuania where they are suspected of stripping 470 million euro (£396m) and 10 million US dollars worth (£6m) of assets and funds from Snoras Bank.

The pair also submitted false documents to the Lithuanian central bank to conceal their activity across 33 transfers between 2008 and 2011, it is alleged.

Lithuanian prosecutors issued a European arrest warrant for Antonov and Baranauskas in November 2011 after naming them as the main suspects in a pre-trial investigation.

The men claim they are victims of a ‘politically motivated conspiracy’ to nationalise Snoras bank, where Antonov was a majority shareholder and which owned a stake in anti-Conservative newspaper Lithuania Morning, Westminster Magistrates’ Court heard.

Opening the case, John Hardy QC, representing the Lithuanian government, said it was ‘nonsense’ to suggest there was ‘conniving or colluding’ against the defendants.

‘Over the course of the period, securities and cash was transferred from Snoras accounts to private accounts owned, or least controlled and managed, by these two defendants in vast quantities,’ he said.

‘One cash transfer was over 10 million dollars. That was dwarfed by the amount in euros - 470 million euros.

‘Mr Antonov was, we say, the primary mover. Mr Baranauskas to a lesser extent,’ he added.

The transfers, which Mr Hardy said ‘amount simply to theft’, involved two co-conspirators and were paid into a number of private accounts owned by the defendants, the court was told.

London-based Antonov bought Pompey in June 2011 but was forced to stand down as chairman in November that year when his Convers Sports Initiatives company went into administration.

Mr Hardy told the court that the football club had been a ‘basket case, economically’ and had fallen down the divisions in recent years.

‘When Mr Antonov resigned, he cited interference from the Lithuanian government,’ the barrister said. ‘We say in reality these extradition requests were a legitimate form of interference if ever there was one.’

Antonov and Baranauskas, who are both fighting extradition, are each accused of five offences of fraud and theft and are on conditional bail.

James Lewis QC, defending Antonov, told the court his client would not receive a fair trial in Lithuania and the European arrest warrants had been issued for “political reasons”.

“The pressure is on the Lithuanian authorities to secure a conviction,” he said.

“That pressure is so great it will not be resisted. The current government of Lithuania want to remove Mr Antonov for political reasons.”

Mr Lewis said there was an “anti-Russian sentiment” in Lithuania which had not been dispelled by the country’s current Conservative government.

Snoras bank employed more than 2,300 people across 250 branches with more than one million customers before it was nationalised in 2011, the court was told.

The bank owned a 34% stake in the Lithuania Morning newspaper which was critical of Lithuania’s Conservative government, Mr Lewis said.