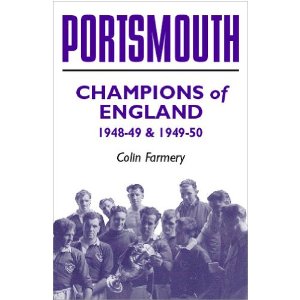 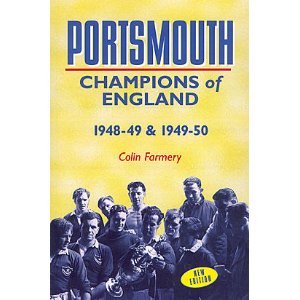 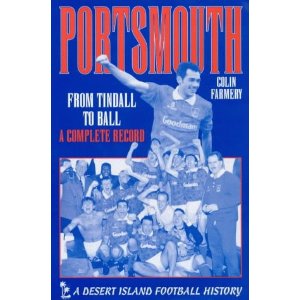 Colin Farmery (1999)
Portsmouth from Tindall to Ball.
Alphabetstreet or Amazon.co.uk

Pompey Online Bookstore - How long did it take you to research and write the book?
Colin Farmery - I started work on the book in January 2000 and it was completed by early September. My research was more or less finished by early April and it took around two months to write the narrative. The rest of the time was spent sourcing pictures and proofing. The book is due to be launched on Saturday November 4.

POB - Were you able to speak to any of the Pompey players from the 48/9 & 49/50 seasons?
CF - I was privileged enough to speak to Ernie Butler, the goalkeeper, Len Phillips the inside forward and Jimmy Stephen, a full back signed in 1949. They were all extremely helpful and I spent three very pleasant evenings with each of them reliving this fantastic time in Pompey's history.

POB - In your view who were the key players in the championship winning sides?
CF - I think the book reflects the fact that this was very much a team without stars. It was Pompey's fantastic team spirit which enabled them to take on the best England could offer and beat them. However, it was clear that Peter Harris and Jimmy Dickinson were special talents, one recognised by his country, the other - because of a certain Stan Matthews and Tom Finney, was not. An unsung hero of the team was possibly Ike Clarke, who scored some vital goals and linked the Pompey forward line together.

POB - Pompey were a major English club in the late forties and fifties - why do you think the momentum which was built up then was not maintained?
CF - The main reason was a lack of investment. By the mid 1950s it was becoming apparent that certain players were past their prime, but too often the club relied on youth team players or players plucked from the lower leagues instead of investing transfer fees in established quality first division footballers. When Freddie Cox arrived in 1958, he took that policy to an extreme and the club was in Division Three by 1962.

POB - What sort of support did you get from the Club in writing the book?
CF - The club were not directly involved in the production of the book, but they kindly supported a couple of articles in the programme about it and I hope they will sell (lots!) of copies in the Pompey Shop.

POB - In the years you've been watching Pompey have there been any players you've seen who would have been able to hold their own in the teams of the late forties?
CF - I think the likes of Paul Walsh and Darren Anderton would have made the grade comfortably and Noel Blake would have made an imposing centre half. Perhaps the best of the lot would have been Mark Hateley - an 'old-fashioned' centre forward if ever there was one!

POB - You've written several books about Pompey - are there any more in the pipeline?
CF - Not at the moment. I have written three book on the club in the last three years and currently I am working quite hard on my Pompey website project (www.pompey-fans.com) . However, I wouldn't rule out another book on Pompey in the future.

POB - Can you tell POB a little about yourself, including when you first saw Pompey and who your all-time favourite Pompey players are?
CF - I was born in 1963 in Elgin, Morayshire. I am a 37 -year-old teacher at St Vincent College, Gosport, where I am Head of Media. I am married to Di Lloyd and have one son, Jordan, from my first marriage.

I first saw Pompey play in September 1970, a 1-0 win over Walsall in the League Cup, and was a regular at home and away games between 1978 and 1988. Now I confine myself to the home games generally and watching my second favourite club FC Martigues, from the Provençal town where we own a second home.

My favourite players over the years include Ray Hiron, Jeff Hemmerman, Alan Biley and Darren Anderton.

Colin Farmery (1999)
Portsmouth from Tindall to Ball.
Alphabetstreet or Amazon.co.uk 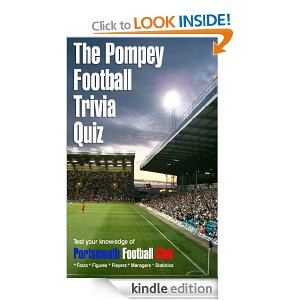