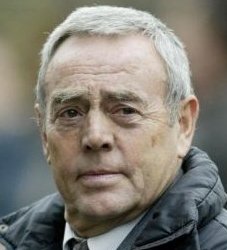 The man famous from his playing days promised to inject some firepower in the club, yet by now the team was heavily dependent on youth and bargain free transfers. Graeme Lloyd, Bobby McGuinness, Alan Kane and Paul Cahill gradually replaced the big money stars, but Pompey were relegated in bottom place and John Deacon's prophesy of taking the club out of the second division had come true, but in a way he had never imagined.

There had been plusses with the emergence of youngsters such as Steve Foster, Clive Green and Peter Denyer, but most were out of their depth, which was why Pompey continued to sink. At around this time, as if things could get any more depressing, SOS Pompey was in full flow with an action group in place faced with the task of raising around £100,000 as John Deacon revealed the true extent of the club's debt.

Relegation from the second division, where the club had been permanent residents for 15 years, may have seemed like the end of the world, but it wasn't. It was in fact just the start. Pompey proceeded to go straight through to the basement division, an unthinkable prospect for a team and club that had been feared throughout the country just two decades previously.

It was through no real fault of Ian St John who had been hamstrung, but he was replaced by one man who just might turn around the club's fortunes; one Jimmy Dickinson who had served the club with such dignity over a record number of games and who, since retirement, had performed the roles of Club Secretary and Public Relations Officer at the club he loved with all his heart. 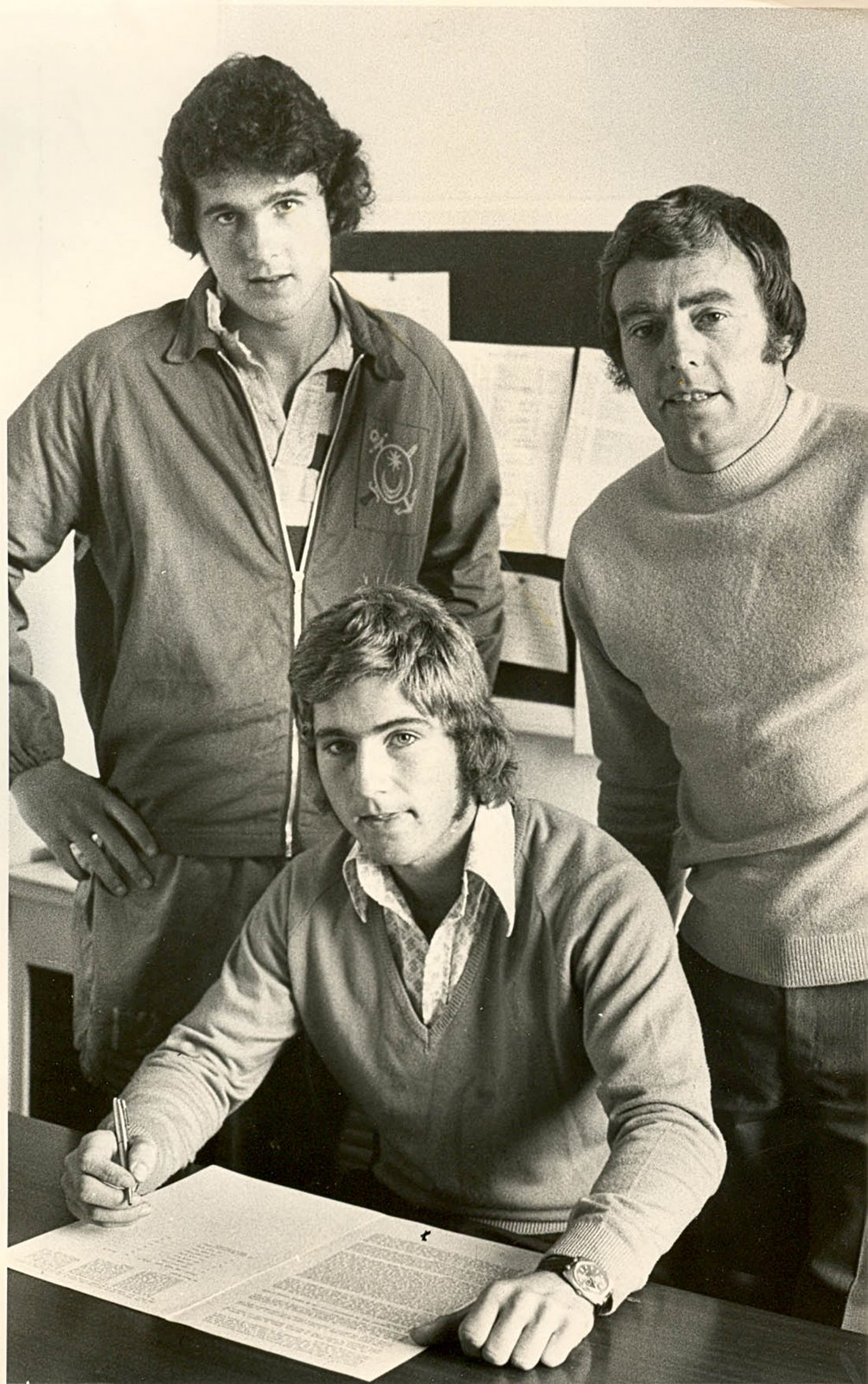 Ian St. John (born 7 June 1938 in Motherwell, Lanarkshire, Scotland) is a former Scottish footballer, who played for Scotland 21 times. He later became a manager and pundit. In 2008 he was inducted into the Scottish Football Hall of Fame.

Ian St John began his career at boyhood favourites Motherwell where managed by Bobby Ancell he was part of the conveyor belt of talent that was nicknamed 'The Ancell Babes'. Among the coaching staff at Fir Park was someone destined to play a significant role in his career, Reuben Bennett. St John's debut was against Dumfries side Queen of the South in an away fixture at Palmerston Park. St John scored one of the fastest hat-tricks in Scottish football history when at Motherwell: 2 minutes and 30 seconds, against Hibernian in 1959. He also scored 6 goals in the 9-2 victory against Brazilians Flamengo at Fir Park.

On 2 May 1961 he transferred to Liverpool where Bennett was now part of Bill Shankly's 'Boot Room' coaching staff. The fee was more than double the previous highest transfer fee paid by the Anfield board, £37,500. Prior to that move, a move to Newcastle United had been mooted.

He was brought to the club by manager Bill Shankly, who was preparing for his second season as Liverpool manager with the club still in the Second Division. Many years later, after Shankly's retirement as manager, he described St John's arrival at the club - along with that of Ron Yeats the same summer - as the "turning point" for the club as they began their transformation into one of Europe's top footballing sides.

Ian made his debut in a red shirt against Merseyside rivals Everton in the Liverpool Senior Cup Final. Although Liverpool lost 4-3, he announced his arrival in spectacular style by scoring all 3 of his side's goals. That first game served the most emphatic of notices of the new boy's talent for goals, returning totals of 18, 19 and 21 goals in his first three seasons.

His official debut came in a 2-0 2nd Division victory over Bristol Rovers at the Eastville Stadium on the 19 August 1961, his first official goals came 11 days later on the 30th when he bagged a brace in the 39th and 90th minutes of a 4-1 win over Sunderland at Roker Park, strike partner Roger Hunt got the other 2 in the 26th and 69th minutes, the 2 would go on the strike up a formidable partnership which tormented defences in England and Europe.

Along with Ron Yeats, 'The Saint' was brought in to turn around Liverpool's luck as they had finished 3rd 5 times in a row in Division 2 thus missing out on promotion back to the big time by a single spot on each occasion. The purchases paid dividends as Liverpool romped to the 2nd Division title by a clear 8 points over Leyton Orient with St John playing 40 times scoring 18 goals.

They finished a respectable 8th in their first season back in the top flight but surprised everyone by winning the League Championship the following season overturning a 17 point deficit to win the title by 4 points over bitter rivals Manchester United and 5 over reigning champions Everton, St John played a major role in the title success appearing 40 times scoring 19 goals.

He went on to score many vital goals for Liverpool, which included the flying, whiplash header that he hammered past Leeds United's Gary Sprake to win the FA Cup in 1965 for the first time in the club's history.

Another League championship followed in the 1965/66 as the Anfield club finished 6 points clear of Leeds, Ian chipped in with 10 goals from 41 outings. St John and the rest of Liverpool tasted defeat, however, as they were beaten in their first ever European final, Borussia Dortmund beat them 2-1 at Hampden Park in the Cup Winners Cup.

St John was selected to play for Scotland 21 times, making his debut, as a Motherwell player, in a 3-2 friendly victory over Germany at Hampden Park on the 6 May 1959. The first of his 9 goals came a year later, again, at Hampden, but this time in a 3-2 friendly defeat at the hands of Poland on the 4 May 1960.

Like the vast majority of Bill Shankly's first great team, St John was at his peak during the mid-1960s. And as he entered his thirties during the latter years of that decade his form and fitness began to dip - until the end came - as it did for several other members of his side - with the shock FA Cup defeat at Watford on 21 February 1970.

The Saint was sold to Coventry City on the 25 August 1971 after playing 424 games and scoring 118 goals for Liverpool. He played for Coventry for just that season, before moving on to Tranmere Rovers for the 1972/73 season, after which he retired.

He retired from club management after leaving Wednesday in 1979, and became a football pundit, striking up a hugely successful TV partnership, Saint and Greavsie, with fellow ex-footballer Jimmy Greaves which lasted until the programme was axed in 1992. He has also set up several football academies for the coaching of younger players called the Ian St John Soccer Camps.

Often still seen at Anfield, St John is still a huge crowd favourite and was voted in at No.21 on the Official Liverpool Football Club web sites poll 100 Players Who Shook The Kop.

He can often be seen on a golf course and appears in numerous charity events around the world, he plays off a 13 handicap. He is also a much requested after dinner speaker.