Lee Williamson is included in the list of Pompey players who have today been told their contracts will not be renewed.

Jon Harley, Brian Howard, Lee Williamson and Mustapha Dumbuya are also the victims of cost-cutting measures at the Blues.

The move comes during a raft of financial cutbacks delivered by administrator Trevor Birch in the past week.

Pompey have already served one-month’s notice of leaving their Eastleigh training base.

In the meantime, Harley, Williamson, Howard and Dumbuya have been given seven days’ notice their existing contracts will not be renewed.

Howard and Williamson are understood to be the highest-earning players currently on the Blues’ books.

Lee Williamson geared up for his Sheffield United return and vowed: I don’t regret joining Pompey.

Tonight’s Sky-televised clash at Bramall Lane will be Williamson’s first visit to the club since leaving in the summer.  The 30-year-old left the Blades after contract talks broke down when his agreement came to a close.  Williamson stated he felt unwanted by the Yorkshire club – where he spent three years, scoring 20 goals in 89 appearances.  But Blues boss Michael Appleton showed his desire to bring the player to Fratton Park with a dogged pursuit of his services.

Pompey go into the game with the club’s future still unclear and all players on month-to-month contracts.

Meanwhile, Appleton has once again been left to work his magic in the loan market after Bournemouth cut short Wes Thomas’ stay.  The Blues boss is expected to seal a deal for a Championship striker this morning – making him eligible for tonight’s clash.

Pompey’s fortunes remain a world away from those of the Blades, though. Danny Wilson’s men are flying high in League One and are unbeaten this term.

But despite that, Williamson is adamant he made the right move. ‘There are no regrets, of course there aren’t,’ he said.  ‘Life is all about choices and I chose to come here. I’ve not regretted that.  ‘I’m enjoying my football and playing every week here. ‘The gaffer is good, the staff are good and the players are good. There are off-the-field problems but if you were in and around the boys you would never know that. That’s a good sign.

‘Portsmouth is an ambitious club and, after speaking to Michael Appleton and the staff here, that was clear.  ‘I’m not saying Sheffield United aren’t but I didn’t really feel I was wanted.  ‘The contract that I was offered wasn’t right for me, so it was time to move on.

‘I spoke to Appy many times over the summer. I’m glad I signed for him because he’s a good manager and it’s a good club.  ‘Things are changing and there is a bit more of a solid team and squad here now.’

Williamson is unsure what kind of reception he will receive from the home crowd tonight. He promised he does not harbour any ill feeling towards the club over the manner of his exit.  But he’s quietly confident his current side can inflict the first defeat of the season on the Blades. Williamson said: ‘I’m not too sure what the reception will be like. It will probably be a bit mixed.

‘The fans knew I was offered a deal and everyone expected me to stay. ‘Things didn’t work out but I’m not going to be bitter because it’s a good club and I enjoyed my time there. ‘A lot of my family are still up north, so they will be there – and behind Portsmouth. ‘Sheffield are probably one of the favourites to go up but we can go there and get three points, and, if we do, it’s a big statement.’ 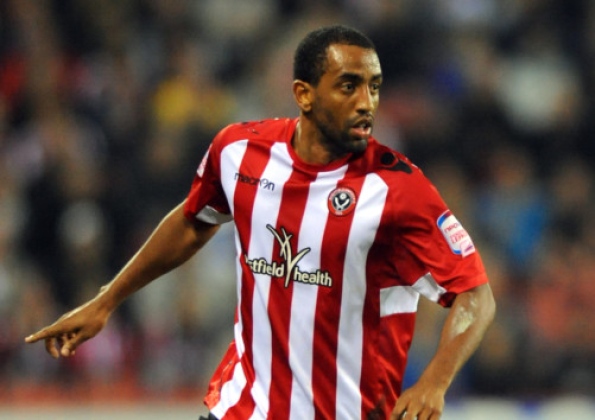