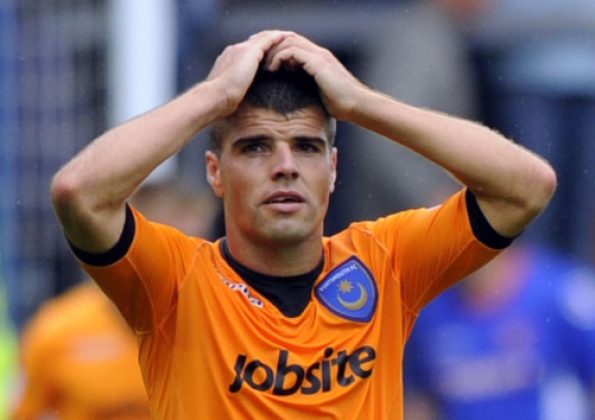 Liam Walker celebrated his Pompey chance and promised: I’ll sweat for the shirt.

The Waterlooville midfielder made his first start for the Blues since September in Saturday’s 2-1 defeat to Yeovil.

It’s been a long and frustrating wait for starting minutes for the 24-year-old, who arrived at the club in the summer from Gibraltar.

But the playmaker showed what he is all about with some moments of creative quality.

Walker felt he wasn’t at the races in a first-half display that was as abject as any seen at Fratton Park in recent memory.

Pompey roused themselves after the break, however, and at least made a fist of the game as they pushed Yeovil back.

Walker played his role in that and is now pushing for more playing time as he looks to make his way in the English game.

He said: ‘I thought I did okay in the second half. The first half wasn’t the best.

‘I know my mistakes and need to work on them and make sure they don’t happen again.

‘If I get the chance again, I’ll try to do what I did in the second half and more.

‘We need to keep this club in League One and I’m ready to do all I can to help make that happen.

‘The strong side of my game is playmaking and I can score goals.

‘Hopefully, I can start scoring here and help us get some results.

‘The one thing I can do is offer 100 per cent as a minimum. I want this club to do well.

‘It’s been a long wait, sitting out week after week.

‘I appreciate being given the chance to get out there and show what I can do.

‘I want to play for Portsmouth. I want to get out there, play and sweat for the shirt.’

Saturday’s defeat made it 12 games without a win as Pompey remain entrenched in the League One drop zone.

The Blues’ ability to shoot themselves in the foot with terrible defending again reared its head for both goals.

Walker knows the side not only have to deal with balls into the box better – but also avoid giving away free-kicks in dangerous areas. He knows the Fratton faithful deserve better than what they are being served up at the moment.

Walker insisted he is prepared to deliver the commitment they demand as a minimum requirement.

He said: ‘The first-half was not good at all. It wasn’t acceptable.

‘We need to know what we did wrong and put it right – and fix it for the next game. We’ve been conceding from set-pieces. We need to stop giving the free-kicks away and defend them more strongly when we do.

‘I don’t care what club we are, you should get booed off when you are not performing.

‘They want to see 100 per cent. And they proved that when they clapped the players off at the second-half after we gave all we could give.

‘They appreciated that but the first half wasn’t acceptable.

‘We sat down at half-time and knew we had to battle.

‘That was what I tried to do, even if we didn’t get the result in the end.’ 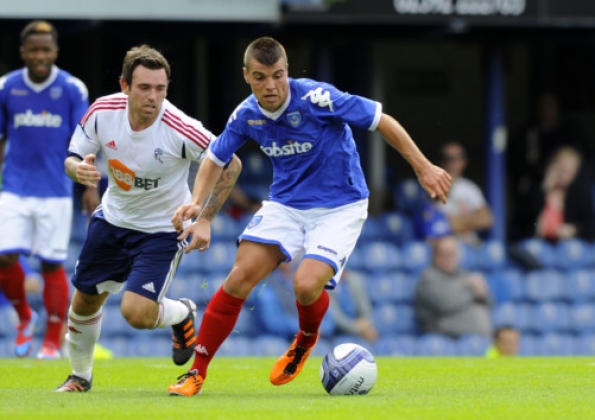 Liam Walker (born 13 April 1988) is a Gibraltarian footballer of English descent who plays for Portsmouth and Gibraltar national football team, as a midfielder.

Walker began his career on Algeciras CF, making his debut on 22 October 2006, against Ayamonte. He already had trials with Manchester United, Everton and Aston Villa as a teenager.

In January 2010, he signed with UD Los Barrios, however, after six months in Los Barrios, Walker returned to Real Balompédica Linense, his previous club. In the following year, he signed a contract with CD San Roque. He finished his second season in San Roque as the club's top scorer and best player of the season.

Walker was called by Portsmouth manager Michael Appleton to train with the club, after an impressive performance for Gibraltar against Pompey in which Gibraltar won 4-0 (July 20, 2012). He was a part of the Pompey Squad in the club preseason matches, against Bolton Wanderers, on 4 August. In his next game, on 8 August,  Liam Walker scored the final goal, against AFC Wimbledon.

On 16 August, Walker signed a one-month contract with Pompey. However, due to his international clearance not being made by RFEF in time, he was unable to play on the opening day of the League One season against Bournemouth. He only made his debut on 21 August 2012, in an away match against Colchester United, coming in for Kieran Djilali who started on the bench. Walker played on the wing on his debut whilst Portsmouth captain Brian Howard and Lee Williamson played in the centre. Portsmouth drew with Colchester 2–2, with goals for Pompey through Luke Rodgers and Jordan Obita. Walker also assisted Rodgers in the first goal of the match.

Walker played in 2011 Island Games, starting in all Gibraltar's matches, and scoring a hat-trick against Ynys Môn on 27 June.

a. ^ Includes other competitive competitions, including the Football League Trophy. 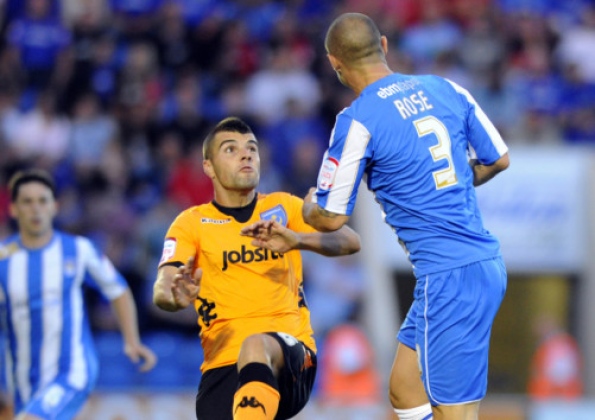