The striker’s current loan spell ends next week but the Swindon boss will not allow him to extend his stay.

Benson turned down a move to Bradford City recently and Di Canio is clearly looking to sell the striker.

Di Canio said: ‘We won’t give him a chance to stay at Portsmouth.

‘He fits in there because he gets to play regular football in front of thousands of people, but I can’t make him happy and not get anything.

‘With respect to Portsmouth, we can’t give a gift away. We received a very good offer, in my opinion, but he said no.

‘He hoped that we would help him to remain there. He received another offer. One was far away and one was close. He is really lucky to have two big options.’ 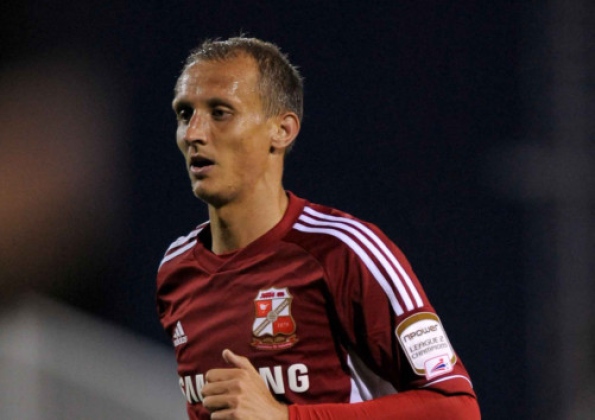 PAUL Benson is wanted on loan by Crawley Town at the conclusion of his time with Portsmouth.

The striker, who has fallen out of favour at the County Ground despite scoring 15 goals in 39 appearances for Swindon Town after arriving from Charlton a year ago, is believed to a target of the Red Devils as they aim for a League One play-off place.

Benson’s current loan spell at Pompey expires next week and it is understood that a deal to take the forward to the Broadfield Stadium has already been mooted.

Paul Benson insisted he is claiming his disputed maiden Pompey goal and vowed: I want to stay – even in League Two.

Benson got off the mark for the Blues at the fifth time of asking in yesterday’s 2-1 defeat by Crawley. 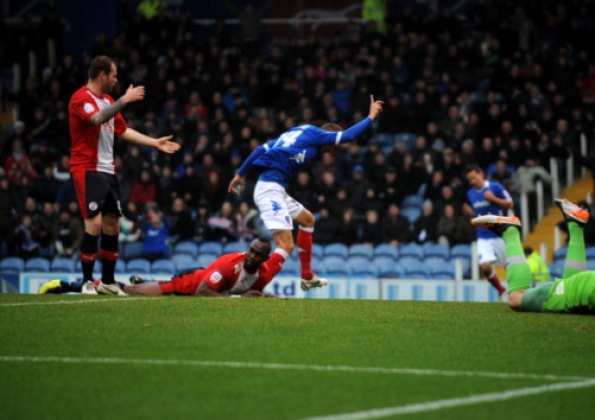 The 33-year-old went up for Scott Allan’s first-half delivery with defender Claude Davis.

It was unclear who got the final touch – but Benson vowed it was his goal.

Now the striker is looking to get on the goal trail and use the effort as a catalyst for a continued scoring run.

He said: ‘It flicked off his thigh and on to my ankle for the goal, and got directed in.

‘I’ll be claiming it. All forwards claim them! It may have been going in but I got a touch.

‘It’s been a long time coming – too long for my liking.

‘It’s nice to get off the mark and hopefully I can kick on.’

Benson is currently at Pompey on loan from League One rivals Swindon.

He bagged 13 goals with the Robins last season and featured regularly for them this time around, too.

But Paolo Di Canio allowed the move to go through – and Benson wants to remain regardless of the division Pompey are in next season.

He said: ‘I want to stay here as long as possible and help this club.

‘But I need to play better than what I have and show people here that I deserve a chance.’

Pompey have signed striker Paul Benson from fellow League One side Swindon on a month-long loan, subject to FA and Football League clearance.

The 33-year-old – who will wear the number 14 shirt for the Blues – has made 13 appearances for the Robins this season, scoring three goals.


Pompey’s caretaker boss Guy Whittingham said: “He’s an experienced player who has scored goals at this level – that’s what we need.

“Since we’ve lost Wes Thomas we haven’t had the right partner for Izale McLeod, so he’s a great addition to our squad.”

Benson has bagged a total of 13 goals in 39 games since arriving from Charlton back in January.

He was a key part of the Robins side who won promotion from League Two last season but has seen his first-team chances limited this term.

And he was prolific during a five-year spell at Dagenham & Redbridge, netting 82 times in 195 appearances between 2005 and 2010.

Benson was an unused substitute when Swindon won 2-1 at Fratton Park in September.

Whittingham said: ‘Since we lost Wes Thomas, we haven’t had the right sort of partner for Izale McLeod and we’re hoping Paul Benson can come in and do that.

‘He has scored goals and has the know-how of playing in this league. I’m looking forward to seeing him bring that to the side.

‘I first saw Paul play at Dagenham & Redbridge a few years ago and really liked him then.

‘I have kept an eye on where he’s been since then. He was part of Swindon’s promotion campaign and he’s got a great work ethic as well.

‘That’s the type of player you need up front in this league.’