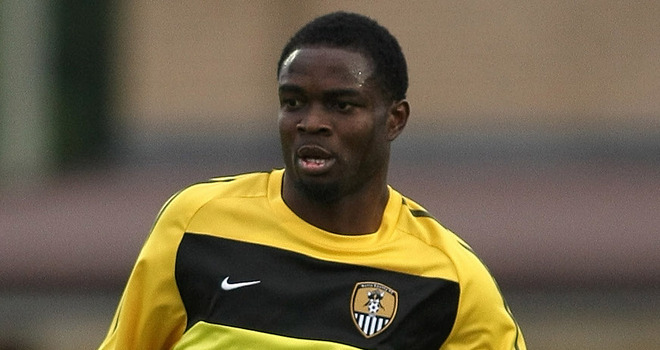 Portsmouth are set to sign former Charlton defender Sam Sodje on a short-term deal. Sodje is available on a free transfer having been without a club since leaving Notts County last summer.

League One strugglers Portsmouth are desperate to bring in some new faces with Guy Whittingham only having 14 players in his first-team squad.

Sodje has been training with Charlton and Dagenham & Redbridge to maintain his fitness and he is set to go straight into the Portsmouth side.

Portsmouth find themselves in the relegation zone, having not won any of their last 14 matches and face a 10-point penalty if and when they come out of administration.

Sam Sodje has been hailed as the man who can help shore up Pompey’s leaky defence.

And the Blues are hoping to improve their midfield with a loan switch for Sunderland prospect Adam Reed.

Caretaker boss Guy Whittingham is confident of adding Sodje to boost his threadbare ranks after watching the Nigerian international in training this week.

The 33-year-old has impressed Whittingham with his attitude and influence on younger players.

He feels Sodje, who has been without a club since leaving Notts County in the summer, will help add a physical presence and aerial strength to his side which will be a big influence at both ends of the pitch.

That is needed following the departure of Lubomir Michalik and with the future of fellow defender Gabor Gyepes far from clear.

Pompey will be hoping to seal a defence which has kept just one clean sheet in 15 games.

After having knee problems in his career, Sodje will have to be managed carefully.

But Whittingham has no problem doing that to get the best out of him.

He said: ‘Sam’s training with us and there is dialogue going on about him signing.

‘That’s not been finalised yet but we are hopeful it will get sorted next week.

‘He’s the type you need, the type who can win headers in both boxes. That’s something we are going to need.

‘I’ve been impressed with him in the time he has trained with us.

‘It’s not only been his ability but the help he has given the other younger players.

‘I’ve said before that’s a huge part of what we’re trying to do here.

‘He has experience of this level, too.

‘Our physio Steve Allen knows him well. He has worked with him before, knows his injuries and how to manage that side of things.

‘Sam’s had problems with his knees in the past but is fit now and has been training for a while with no problems.

‘It’s different with games but Steve knows him and will know how to manage that.’

A loan move for Reed would further boost Pompey’s options, with just 14 players to call on at present.

The 21-year-old is part of the development squad at the Stadium of Light, where he works under the guise of former Pompey defender Kevin Ball.

Reed has yet to make the first-team breakthrough with the Black Cats, but has had spells out on loan at Brentford, Leyton Orient and Bradford in his career to date.

The postponement of today’s clash with Scunthorpe means Pompey will wait to complete Reed’s loan move.

Loan signings can be made for a maximum of 93 days, although Pompey can do only month-to-month deals at present. But waiting until the end of next week to get Reed would make him available for all of the club’s remaining games, if he stays for the season.