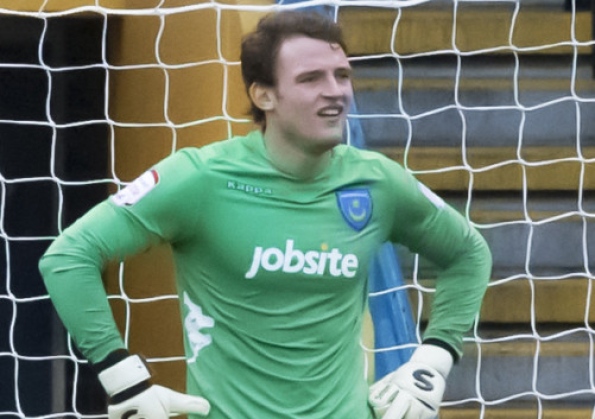 Simon Eastwood vowed Pompey still have the stomach for a relegation fight as they travel to Swindon.

The Blues bid to end a miserable run of 12 games without a win as they go to the County Ground today.

That form leaves them entrenched in the League One drop zone at the turn of year.

Pompey know they are still likely to have 10 points deducted from their current 21-point total.

That would leave them rock bottom of the division and with a mountain to climb to survive this season.

Eastwood promised there is still a determination to avoid the drop to the Football League’s basement division.

The 23-year-old feels Pompey need a single win to kick-start their form.

And if they play like they did in the second half against Yeovil, there is the hope that can arrive at Swindon.

‘If we win a game, that will spark us off,’ said Eastwood.

‘We haven’t won in 12 so we are struggling, but one win can set us off and we can kick on.

‘There’s still a lot of fight in us and the lads believe we can turn this around.

‘We need to get pumped up and get ourselves going.

‘It’s brilliant that the fans still support us in the situation we face.

‘All we can do is play like we did in the second half on Saturday.’

Eastwood made his eighth Pompey appearance against Yeovil at the weekend.

Despite his lack of experience, he has adapted well to becoming first choice in goal.

‘I couldn’t do a lot about the goals against Yeovil.

‘Hopefully I can take my chance now because I’m here to play.

‘The more I play, the more confident I will get and the better and more consistent I will become.

‘I’m confident enough in my own ability to do well.

‘There has been a few saves I’ve made in the past couple of games – but that’s what I’m there for.

‘I’m working hard on the training ground to keep my place in goal.’

Eastwood knows Pompey face a tough test against a sixth-placed Swindon side looking for promotion to the Championship.

He said: ‘We’ve got a couple of big games coming up.

‘We were brilliant in the second half against Yeovil. That’s how we need to play week-in, week-out to give ourselves a chance.

‘The second half against Yeovil may hopefully push us on for the Swindon game.

‘They are flying high in the league and aren’t there by mistake.

‘It’s a tough game but we take the confidence from second half against Yeovil into the game.’ 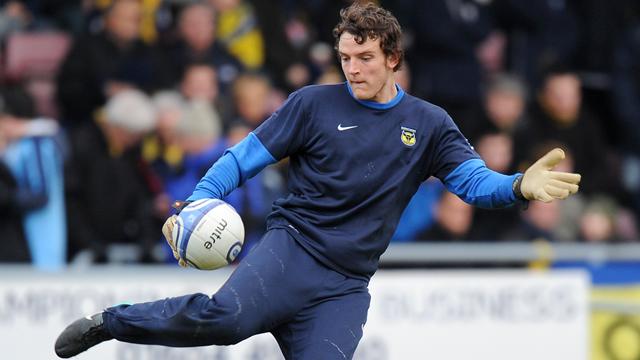 Portsmouth have confirmed the signing of goalkeeper Simon Eastwood on non-contract terms.

Eastwood has been training with the south coast club for the past month and featured in friendlies against Gibraltar, Bolton and AFC Wimbledon.

The 23-year-old is eligible to go straight into the team to face Plymouth in their Capital One Cup first-round tie.

Pompey are expected to field a youth team in the game with Eastwood and assistant manager Ashley Westwood the only exceptions.

Blues boss Michael Appleton told the club's official website: "Obviously we need a goalkeeper and Simon has been playing in the pre-season games for us.

"It's on a non-contract basis, so it could be ripped up at any time, but hopefully in the future we'll be looking at giving him a contract."