(Steve Claridge is pictured in the match against Preston North End on 2/9/00.) 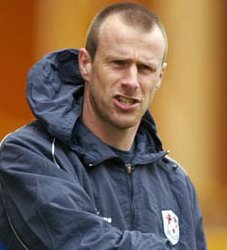 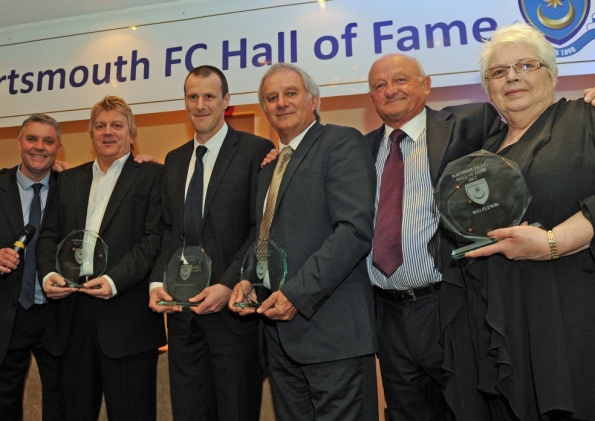 Alan Biley, Steve Claridge, Reg Flewin and Norman Piper were all inducted into Pompey’s Hall of Fame on an evening of nostalgia.
The former Blues players were honoured at a dinner and awards ceremony held at Port Solent’s Marriott Hotel.
There was also a special surprise presentation to former club secretary Paul Weld, who served the club for 38 years from 1973 until last October.

Piper, Biley and Claridge were all present to be honoured, while there was a posthumous award for Flewin, who captained Pompey’s back-to-back top-flight title-winning sides of 1949 and 1950.

As a player, Claridge played for Bournemouth, Weymouth, Crystal Palace, Aldershot, Cambridge United, Luton Town, Birmingham City, Portsmouth (including a stint as player-manager), Leicester City (where he scored winning goals in the play-offs and league cup final), Wolves and Millwall.

He returned to Weymouth F.C. as player-manager and while there, he was the subject of a BBC documentary called Football Stories. After leaving, he played for Brighton and Hove Albion, Brentford and Wycombe Wanderers.

He succeeded Dennis Wise as manager of Millwall on 25 June 2005. However, after only 32 days, Claridge was sacked as manager and Colin Lee replaced him.

For the 2005-06 season he joined Gillingham. However, due to a laundry dispute with chairman Paul Scally, he acrimoniously departed to Bradford City after less than a week at the club. He spent most of the season there, before moving on loan at the end of March 2006 to Walsall, his 16th club. He has since been released on a free transfer by The Bantams, and he currently lies on 999 Professional games. If his playing career is indeed over, then his 999th appearance was marked with a goal against former club Gillingham for Walsall - his only goal for 'The Saddlers'.

He combines his playing career with work as a summariser for BBC Radio Five Live, in which he has gained cult status with football fans for his casual and self-depreciating manner. 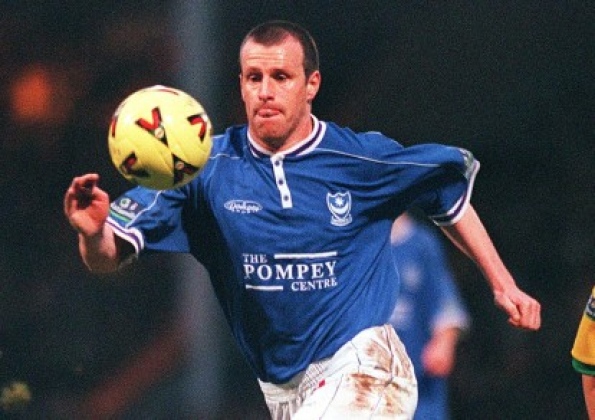