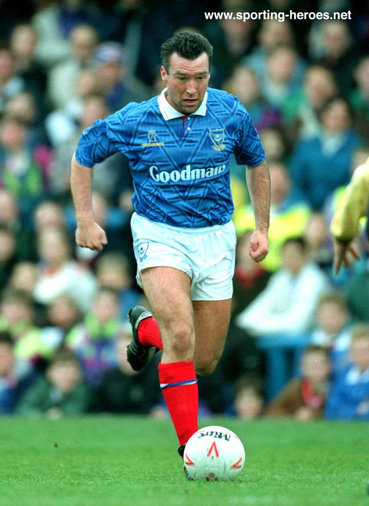 Warren Aspinall: Villa exit was always likely after my stamp

I was born in Wigan and started playing football as a striker for my school and local boys’ brigade team. I think the fact I was able to play for my brother’s Sunday league side helped me a great deal. My brother Wayne was three years older than me and I used to be substitute every week for his team. They used to bring me on for the last 10 minutes and I always scored. I think that playing with boys much older helped me a lot and I went on to represent Wigan then Greater Manchester.
Wayne joined Wigan Athletic and I followed him. I was an apprentice for three months and made my debut in March 1985 away to Leyton Orient. When I played my first home match I was sent out on to the pitch afterwards with the other apprentices to replace the divots. It didn’t matter that I was in the first team, I still had to help paint the ground. The following season I started to score a few goals and Everton bought me in the February and immediately loaned me back to Wigan as we were going all out for promotion from division three. I finished the season as top goalscorer with 21 league goals but we finished fourth. When our season ended Everton had one more match to play. It was against West Ham and the Toffees had to win to finish runners-up to Liverpool. We beat the Hammers 3-1 and I came on as substitute, replacing Gary Lineker. I was still only 18.
The next season’s Charity Shield was played between Liverpool and Everton. I was named as sub again but I didn’t come on. I was behind the likes of Lineker, Graeme Sharpe and Adrian Heath at Goodison Park so on deadline day in March 1987 I signed for Aston Villa.
We were relegated from division one and the manager Billy McNeil was replaced by Graham Turner. Villa bounced straight back and I was joint-leading goalscorer but I received 10 bookings along the way and when the new campaign began Graham Taylor warned me that my disciplinary record had to improve or else I was out.
In our first pre-season friendly I was clobbered by an opponent and so I stamped on his foot. I knew then that it meant the end of my Villa career. So in August 1988 Alan Ball signed me for Pompey for a record fee of £315,000.
Ballie was great. He really looked after me and helped me settle in, after all I was still not quite 21. But he was sacked midway through the season and we then had a succession of managers at Fratton Park. The team never really looked like achieving anything until Jim Smith arrived.
In 1992 we reached the FA Cup semi-final and were unlucky to go out via a penalty shoot-out. I was fifth in line to take a penalty but we were beaten before it got to me. Then the following season it looked as though we would reach the Premiership. But it all went wrong in the penultimate game away to Sunderland and we ended up missing out by two goals.
Jim Smith was an excellent manager and great character. As long as you did the business on the pitch he would look after you off it.

I’ve been through the darkest of times but I’m out on the other side now
It was Jim who sold me to Bournemouth and the manager at Dean Court was Tony Pulis. I liked Tony but it wasn’t long before he left and Mel Machin took over.
I was not always in the team and I told him I wanted first-team football so he alerted his best mate Mick Wadsworth who was in charge of Carlisle United. I went there on loan for three months before making the move permanent.
It was a successful time at Brunton Park and we won promotion to division two and the Freight Rover Trophy but I wanted to move back south and so I joined Brentford.
I later moved to Colchester and finished my career with Brighton. I underwent an ankle operation that went wrong while with the Seagulls. I caught MRSA and the bug inside my ankle started to eat my ligaments away and I spent 27 days in hospital.
That put an end to my career after 15 years. I still follow all my old clubs and I think the game has changed for the better although not for the fans because I think it is now getting very expensive. Harry Redknapp has done a fantastic job at Fratton Park and I’m expecting Pompey to finish in the top seven again and I think they can do well in Europe.
The top four seem to have it all sewn up and I can’t see any team breaking into that for at least five years. My life changed nine months ago and I’ve never been happier than I am now.
I had got so depressed that I attempted suicide and it was then that my fiancée Karen made me seek help for my gambling problem. I signed in to a clinic and realised I had a drink problem, too. I’m now keeping away from the drink and gambling and life is just wonderful.
I work as a warehouseman for a big company, have two children and three step-children and am enjoying visiting places. This big change in my life is all down to Karen and I’m so grateful to her.
BBC News article April 17, 2012
Former Portsmouth star Warren Aspinall returns to the spot where he attempted suicide and explains how the Sporting Chance clinic helped save his life.
To see this video and Warren Aspinall talking to the BBC click here

Former footballer Warren Aspinall has revealed an addiction to gambling almost drove him to take his life by standing in front of a train.

Aspinall, who played 133 times for Pompey, said after retiring the addiction spiralled out of control.

"I went down to the station and sat on the line, I was there for 10 minutes," Aspinall told BBC Late Kick Off.

"The train sounded its horn. I could have sat there and froze but something triggered and I got out of the way."

“It's a killer. This disease is a killer. I know people who have killed themselves because of it. Some people have tried and failed”

But throughout his career he struggled with a gambling addiction, which he estimates to have cost him £1m. Following retirement he struggled to fund the habit.

He recalls the day he tried to kill himself clearly - and credits his family for the reason he abandoned his suicide attempt.

"It was a Friday five years ago, just near Christmas," Aspinall told BBC Late Kick Off South. 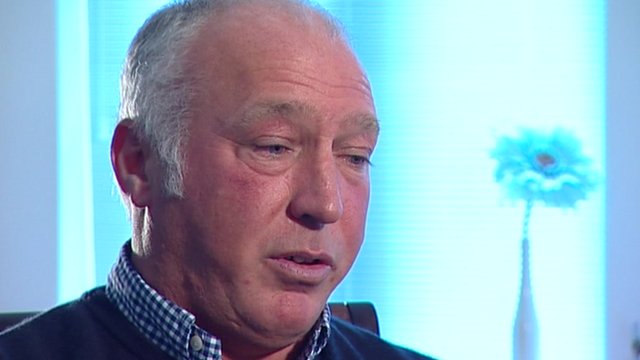 Why I wanted to kill myself - Aspinall

"Went back to the bank and got another £500 out and lost that. I was then into the bill money.

"I needed to get the money back, so went back to the bank just before it shut and lost it all. There were not many races left now, so I took my speed bank card out and took £400 out.

"I went down to the train station and sat on the train line and I was there for 10 minutes. I sat there thinking about my children, my fiancee, and luckily enough I jumped out of the way of the train at the last minute.

"I could have sat there and froze but something triggered and I got out of the way. It was my children and my fiancee that made me move and I'm glad I did because the heartbreak they would have had without a father is unbelievable. I'm stronger now and I can be there for them."

Aspinall checked himself into the Sporting Chance clinic founded by former Arsenal and England star Tony Adams. He credits it with helping to turn his life around.

"I tell everyone about my problems because there are a lot of people suffering out there, in the bookmakers and in the pubs," he adds.

"You can't tell a gambler like you can an alcoholic. You can tell a drunk. I hid it very well from people.

"Certain people knew I had a problem - probably the person taking my money all the time. There are a lot of gamblers out there doing it from home now. You don't have to go to the bookies anymore, you can do it all online now.

"It's a killer. This disease is a killer. I know people who have killed themselves because of it. Some people have tried and failed.

"I do fall off but you have to get back on and get going again."